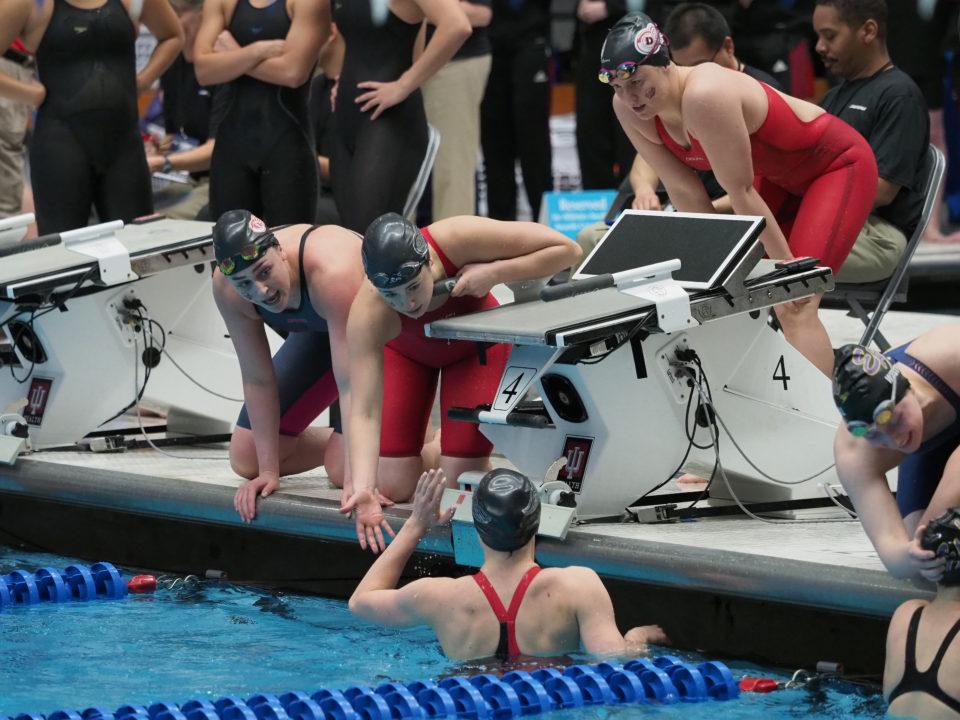 Kenyon, Denison and Williams were the top three performers on Day 1 of the 2019 NCAA Division III Women’s Championships, putting 4, 3, and 3 athletes and 1 relay each in championship finals. Connecticut outperformed expectations by 23 points. NYU was up 19, and Williams, 11. Eau Claire and Gustavus Adolphus were each off by 11; Claremont-Mudd Scripps had some misses in the 200 IM and 50 free; Wesleyan’s relay was off by 18 points; and Franklin had a relay DQ as well as a miss in the 500 free to go 24 points under psych sheet seedings.

Emory was even with expectations while Kenyon was off by 3 points. Separated only by 30 points in the projected standings, every swimmer and diver counts for these two teams.

(Does not yet include 155 diving points)