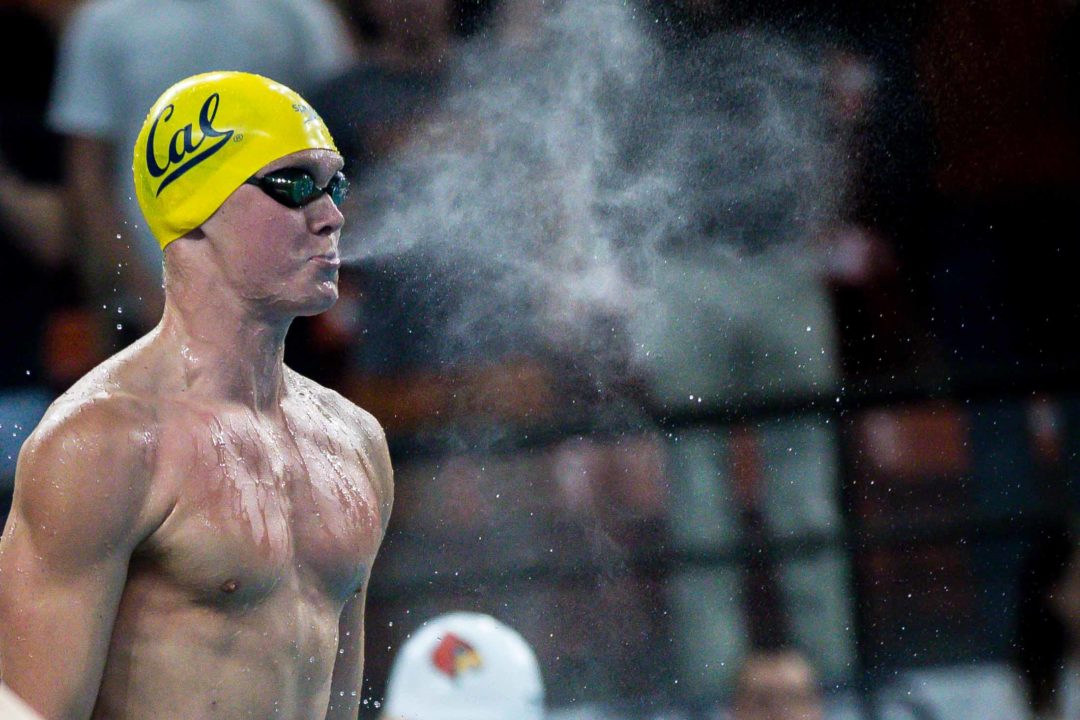 With the first prelims session of the meet in the books, it's time to look at how many swims for each team will be returning tonight to score points. Current photo via Jack Spitser/Spitser Photography

With the first prelims session of the meet in the books, it’s time to look at how many swims for each team will be returning tonight to score points. The top take away from this morning: with projected points from prelims, Cal is projected to net gain +20.5 points versus the psych sheet against Texas today. Without diving included (where Texas will surely make up some ground), Cal is projected to be ahead by 97.5 points after tonight.

The team that had the most (or the most consequential) misses this morning was Michigan. The Wolverines only managed to bring back one individual A finalist, two individual B finalists, and failed to get either relay back to finals tonight. The biggest miss for Michigan, and possibly the most shocking story coming out of this morning, was Felix Auboeck missing finals entirely in the 500 free. Auboeck is a 3-time Big Ten champion in the 500 and came in 2nd last year. With this morning’s projected scores, Michigan is -57 versus the psych sheet.

Here is the ups/downs report for Day 2. Keep in mind, this does not include diving.

SO, basically, the Longhorns are going to have to work a little harder tonight — and get 1 break – to keep things rolling /
but, we still don’t have diving.

Texas had 2 In the A final of diving

A&m should be a down on the medley relay

Hey Swim Swam, when you click on the live results tab, you get the women’s meet last week.

this is still a thing?