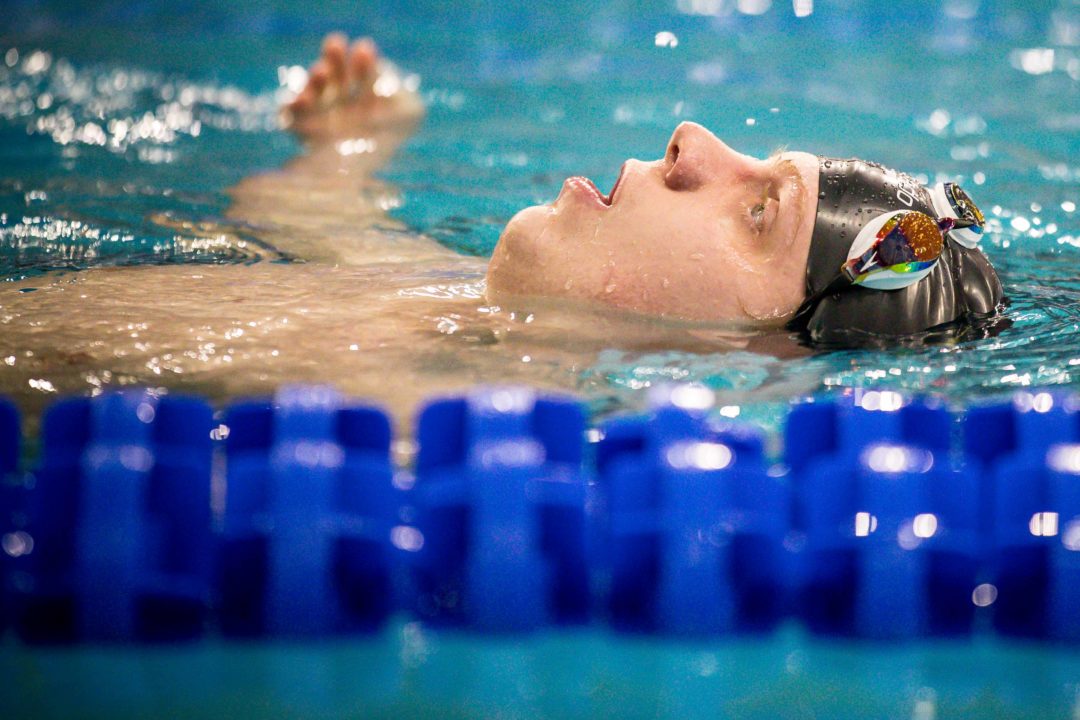 Quite a few pool records went down this morning, but times to make finals for today's events were typically slower this year than last year. Current photo via Jack Spitser/Spitser Photography

We like to talk in swimming how the sport just keeps getting faster and faster. While this is typically true — the NCAA record book has been completely rewritten over the past few years — we noticed a curious phenomenon at this morning’s prelims. The top end of each event still looks pretty amazing — Andrew Seliskar cranked out a 1:39.9 200 IM in prelims, and his teammates Ryan Hoffer and Pawel Sendyk scorched their 50s.

But we’re not quite seeing the same depth we’re used to, as the times to make it back into either the A-final or B-final were slower this than last year in seven out of ten possible finals. The last column shows where the 16th-place prelims swims from 2018 would have placed this morning.

But there were a couple noticeable exceptions. The time required to make the top eight in the 500 was almost a second slower this year than last year. This isn’t all that shocking, as we noted in our 500 free preview that this event was looking a thin due to graduations and injuries. This year’s qualifying time would’ve placed 11th last year in prelims.

The 400 medley relay was the other event where we saw a big shift. Last year, it took a 3:04.05 to make the A-final, which left Texas, the eventual NCAA champions, on the outside looking in. This year, half of the teams that ended up making the A-final swam slower than 3:04.05, and it only took a 3:04.78 to make it in. That time would’ve finished 10th in last year’s prelims.

Interestingly, those two events were also the only two were the times to make the B-final were faster this year than last year, so it seems like part of what we’re seeing a little parity, where’s less of a spread across the two championship finals. This is particularly true in an event like the 400 medley relay, where we’re seeing teams not traditionally known as big powers, putting up times that easily would’ve made the A-final just a few years ago

Last little fun note, the time to make the B-final of the 200 free relay was exactly the same this year as last year, a 19.20.

99% of guys have needed a full taper to get to the meet every year, it’s no different now. A rising tide lifts all boats.