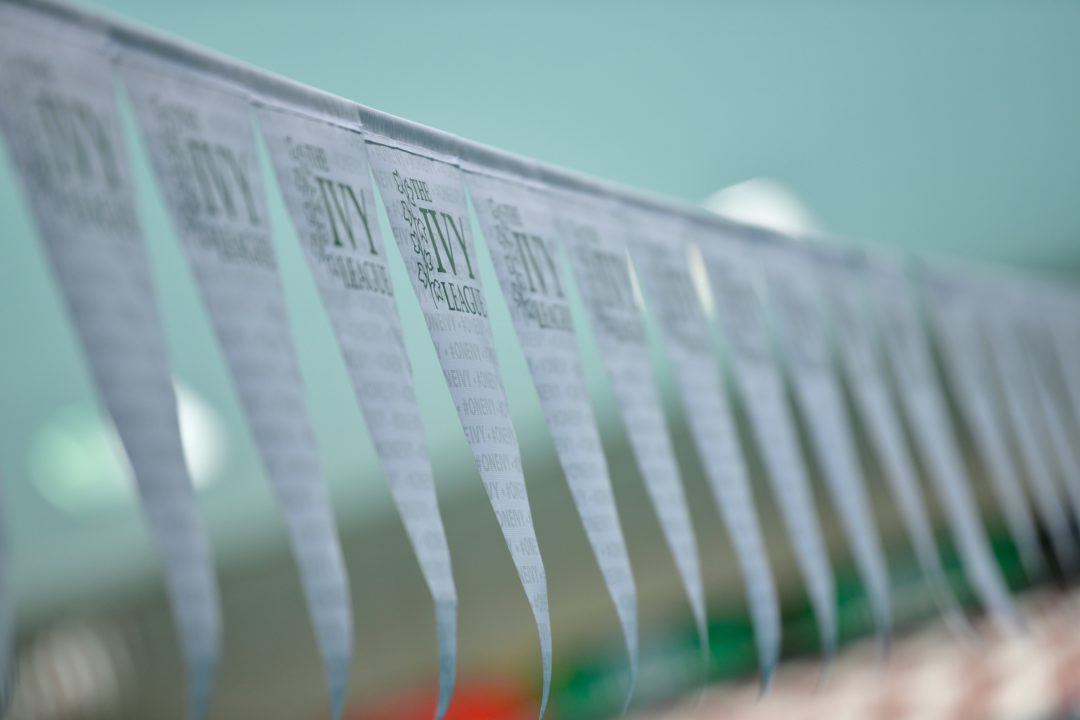 Harvard led the way on Thursday morning with seven swimmers making A finals, five making B finals, and one qualifying for a C final. Stock photo via Gavin Baker

Harvard came into the first session of individual events with a lead over its Ivy League rivals, having won both relays on Wednesday night. The Crimson led the way on Thursday morning with seven swimmers making A finals, five making B finals, and one qualifying for a C final. Princeton followed with 5, 6, and 2. Penn had 12 swimming finalists while Yale and Columbia had 10 each. Columbia, Cornell and Dartmouth all gained significant points over their psych sheet rankings.

Harvard’s Brennan Novak broke the meet, pool, and Harvard program records with his prelims swim of 4:14.17. Both the championship record and the pool record had belonged to NCAA champion Chris Swanson of Penn.