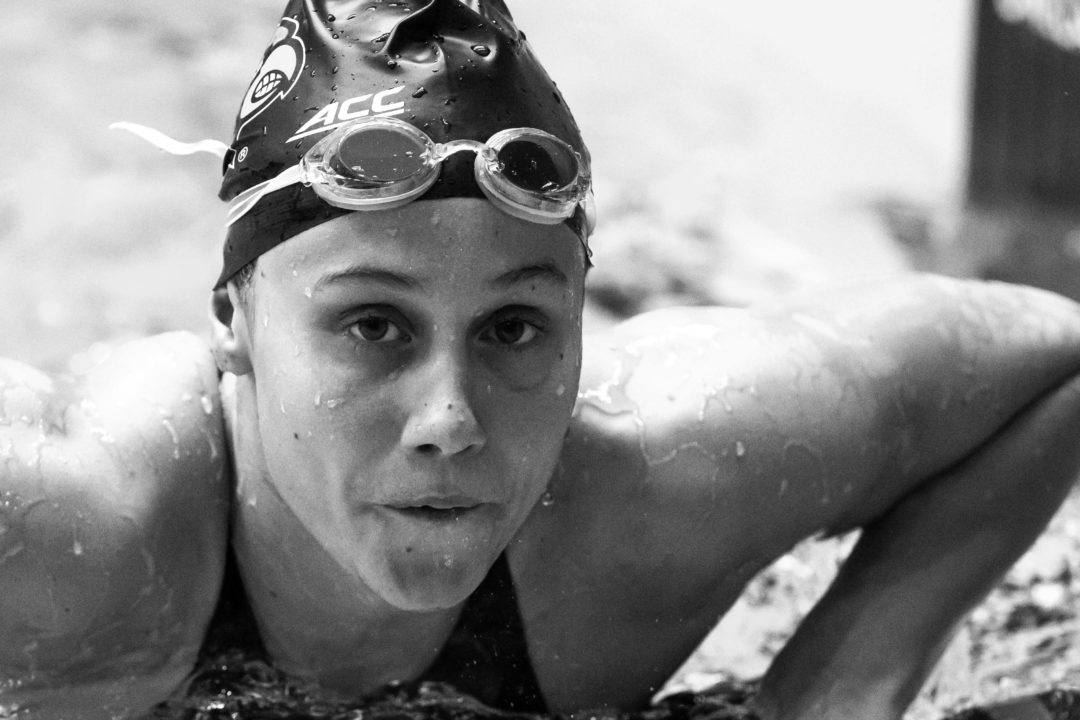 After a strong showing in the 100 free at U.S. Nationals, the American women are now a serious threat to the Australians in the 400 free relay at the upcoming 2017 FINA World Championships. Archive photo via Mike Lewis/Ola Vista Photography

After a strong showing in the 100 free at U.S. Nationals, the American women are now a serious threat to the Australians in the 400 free relay at the upcoming 2017 FINA World Championships. The Americans have never headed into a major international meet with a woman sub-53, and now they have 2 swimmers going in with lifetime bests in the 52-high range thanks to Olympic champ Simone Manuel and National champ Mallory Comerford. Relay veteran Lia Neal threw down a personal best 53.59 at Nationals, so it isn’t inconceivable to think she could pull out a 52.9 from a relay start, especially since she was a fantastic relay swimmer at NCAAs and has been a staple of the 400 free relay for years now. Additionally, Kelsi Worrell broke 54 seconds for the first time today, and she has the speed to put up a 53-low split. Throw Katie Ledecky, who put up a sub-53 anchor split in Rio, into the mix, and the USA is arguably the favorite for gold. Olivia Smoliga, who placed 5th at trials with a 54-low, will also get a chance to show what she can do since she’s qualified to swim prelims of the relay in Budapest.

While the Americans certainly have a chance, the Australians look very hard to beat even without World Record holder Cate Campbell, who is sitting out of the World Championships this summer. The top-ranked Australians other than C. Campbell this year are Bronte Campbell (52.85), Emma McKeon (53.12), Shayna Jack (53.40), and Madison Wilson (54.24). The Aussies may opt to use a different swimmer for the 4th leg, as there will be a couple of veterans available. Brittany Elmslie, who swam on the winning relay in Rio last summer, will also be heading to Worlds with the Aussies, but her best time so far this year is a 54.38. Emily Seebohm isn’t far behind this season with a 54.39.

Ranomi Kromowidjojo headlines a dangerous Dutch squad, as she’s been very fast already this season. Her season best of 53.07 is already faster than what she went in the final in Rio, and she’s a lightning fast relay swimmer. The Dutch also have Femke Heemskerk (53.75) and Marritt Steenbergen (53.98) who have both been sub-54 this year. Steenbergen was due play a huge role here after she showed great speed with a 53.3 split at European Juniors, but she has opted not to swim at Worlds. Their 4th fastest swimmer so far this year is Maud van der Meer, who turned in a 54.56 in Eindhoven.

The Canadians, led by Olympic champ Penny Oleksiak, look to return to the medal stand after taking bronze in Rio. Joining her will be Rio relay teammates Chantal Van Landeghem (54.16) and Sandrine Mainville (53.95). Taylor Ruck won’t make the trip this time around, as Michelle Toro will serve as the 4th member of that relay. Toro went a personal best 54.14 at Canadian Trials to qualify for the team, and could dip into the 53-low to 53-mid range with a relay start.

Sweden is a definite medal threat, but they really need one more swimmer in the 53-range to be in contention for gold. Sarah Sjostrom is a monster relay swimmer and she scared the World Record in the 100 free with a 52.08 on the Mare Nostrum tour. Michelle Coleman has been 53.36 this season and should be able to throw down a 52 split from a rolling start. Louise Hansson, who had an explosive freshman season at USC, is their 3rd fastest swimmer this year with a 54.79. That’s nearly her best time, which stands at a 54.62 from 2014, so she could be due for a big swim on taper. It could go a long way for Sweden if she’s able to split in the 53-range. Nathalie Lindborg is currently the 4th fastest swimmer this year for the Swedes with a 55.94. Her sister, Ida Lindborg, has only been a 56.22 so far this season, but she threw down a quick 54.4 relay split in 2016 so she may be going a lot faster come taper time.

I’d like to see their season best add ups

Correct me if I’m wrong, but didn’t Steenbergen opted to not compete at the World Championships after European Juniors?

I read somewhere that Mie Ø. Nielsen also opted out of the championships.

Ledecky will be the decisive factor: If she pulls a London-esque 52mid relay split, the US will win. But, this is still a battle in my book. Australia have three really classy freestylers, the fourth is where it gets interesting… They’ll be hoping Elmslie can get back to shape, if she can, they can expect a 53. flat start from their 4th woman.

Correction: The question is whether Kelsi Worrell will swim in the final of the women’s 4 x 100 m freestyle relay after swimming in the heats and semifinals of the women’s 100 m butterfly on the same day.

Ledecky is a machine, she’d have no trouble doubling. However, they’d have to swim her in the 4×100 heat too I think, as it’ll be a bit off to just put her into the final after finishing outside the top 4 at nationals. That may be the only issue.

USA Swimming has the option to utilize Olivia Smoliga in the heats of the women’s 4 x 100 m freestyle relay in lieu of Kelsi Worrell. If that is the plan, Kelsi Worrell would not have to double in the morning session of Day 1.