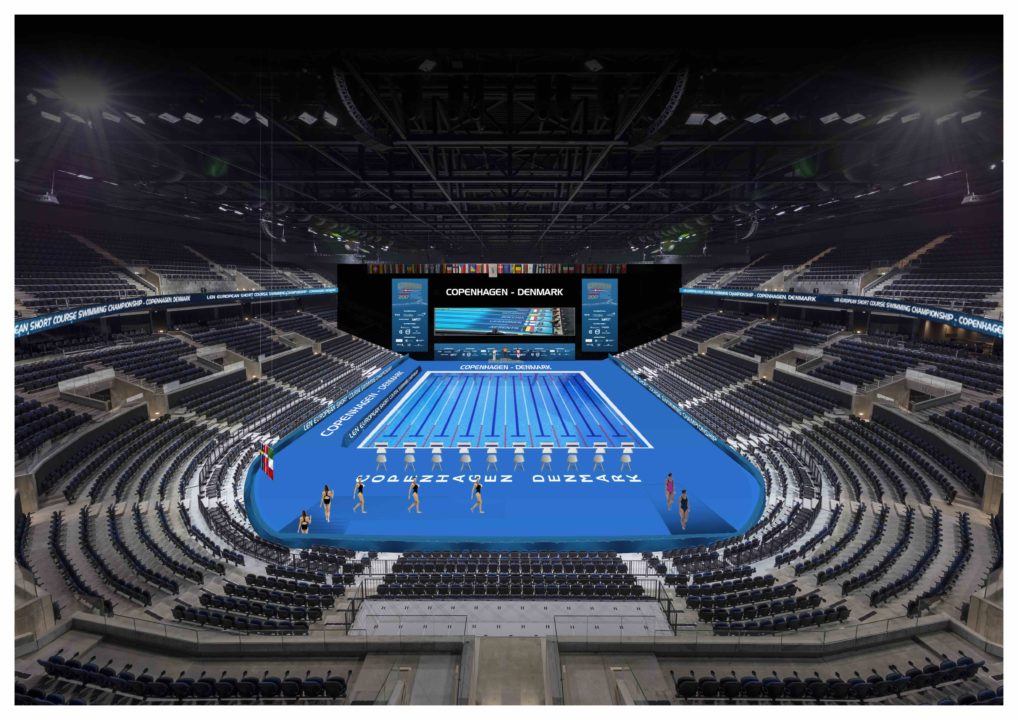 14,000 tickets have been sold for the first sporting event at the Royal Arena. Stock photo via LEN

With two months to go until the meet, 14,000 tickets have already been sold for the 2017 European Short-Course Swimming Championships, taking place December 13th-17th.

The meet will be the first sporting event held at the new Royal Arena in Copenhagen.

The facility will hold around 12,500 fans in its configuration for the meet, and tickets are spread across 10 sessions.

“This event is going to be another wonderful celebration of European Aquatics,” LEN President Paolo Barelli said in a press release. “The Danish Swimming Federation, headed by our fellow Bureau Member Pia Holmen, is doing a wonderful job and we can be sure that this edition of the short-course European Championships will be another big hit.”

Organizers expect upwards of 25,000 tickets to be sold in total for the event. So far, fans from 24 nations have bought tickets, with 10 percent of sales coming from the Swedes, who will have a star to cheer for in Sarah Sjostrom.

The championship marks the first time that the European Federation will offer prize money: World Records are worth €10,000, European Records pay €5,000, and the total prize money for the top 12 men and women, respectively, amounts to €220,000.