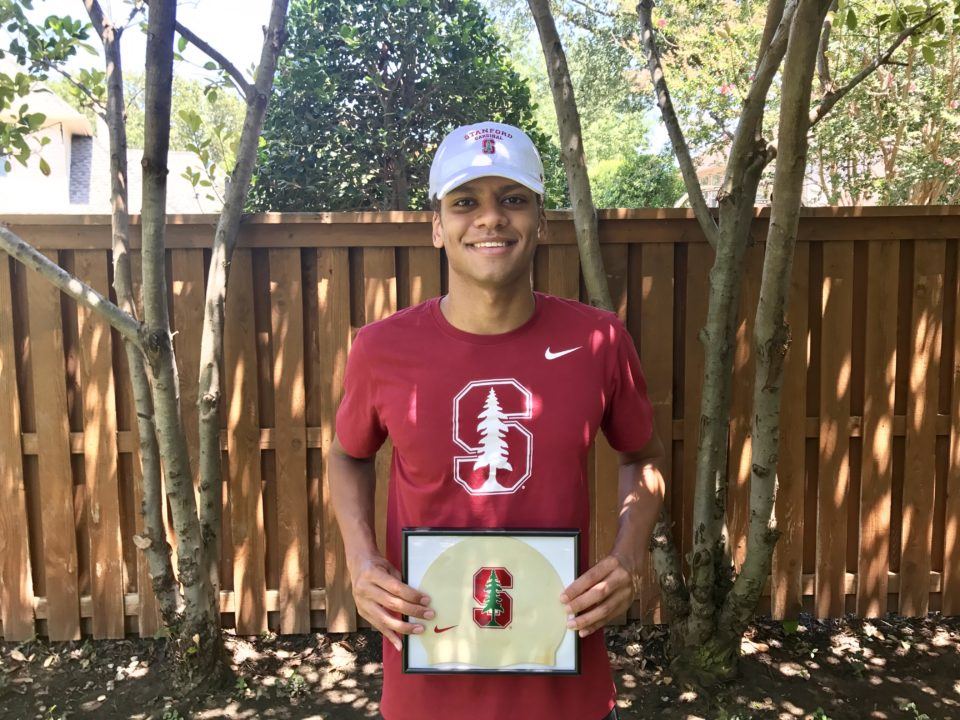 Six-time Texas 6A state champion Jack LeVant has made a verbal commitment to swim for the Stanford University Cardinal beginning with the 2018-19 season. Current photo via Jack LeVant

Six-time Texas 6A state champion Jack LeVant, our #11 on the list of top 20 boys from the class of 2018, has made a verbal commitment to swim for the Stanford University Cardinal beginning with the 2018-19 season.

LeVant told SwimSwam, “Ever since I was a kid, I have dreamed of going to Stanford. And now that dream has become a reality. I am so humbled to have the opportunity to swim at Stanford!”

I am honored to announce my verbal commitment to swim and study at Stanford University! pic.twitter.com/5JnysftfaT

wow great get for Stanford!!

Nice get for Stanford. He will become their fly guy and have great training partners in the Liang brothers. Will be interesting to see how Stanford uses him in free.

It depends on his development. He may have peaked out or he might still be developing.

Why is the versatility mad?

I really thought he’d be committing to UT. Great swimmer! Happy to see him continue his career at such a great college!

Kid looks like he hasn’t even got started yet in the weight room. Wait until he fills out!