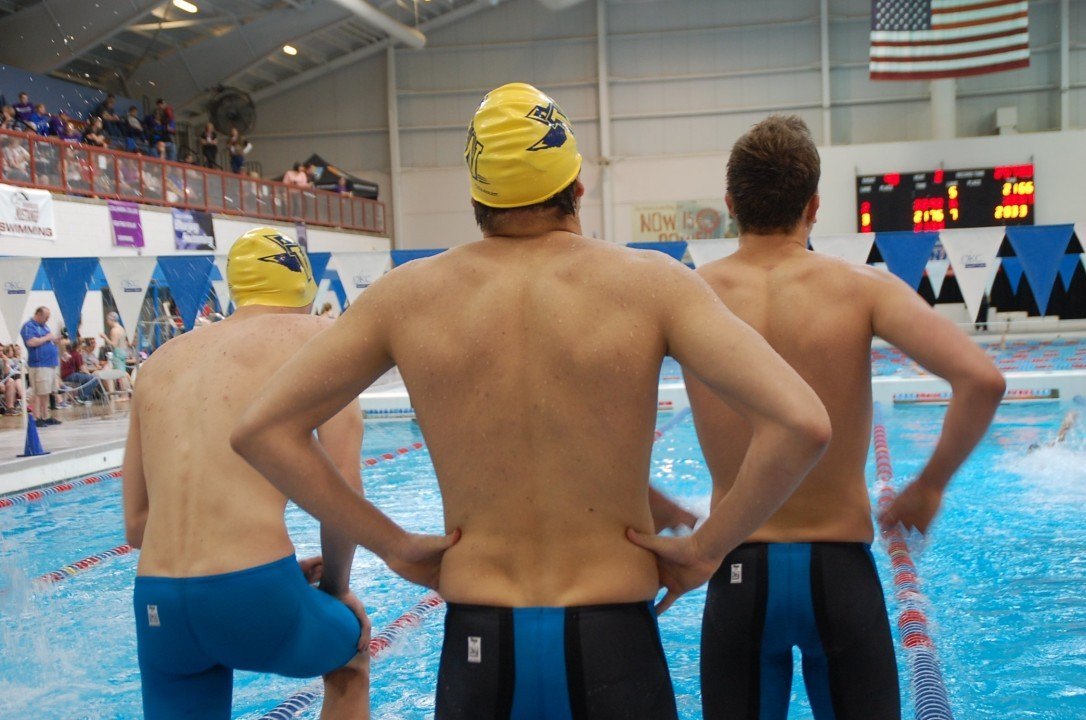 Wayland Baptist University, one of the top programs in the NAIA, has eliminated its men's and women's swimming and diving teams effective immediately. Archive photo via Anne Lepesant

Distance freestyler Avery Herring has announced her intention to swim for NAIA’s Lindsey Wilson College beginning in the fall of 2021.

Wayland Baptist University, situated in Plainview, Texas, will eliminate their men’s and women’s swimming and diving teams after only four seasons. The Pioneers announced the addition of swimming to the WBU athletic lineup in January of 2013 and the men’s and women’s teams launched with the 2013-14 school year.

SwimSwam spoke with head coach Alyson Hannan who learned about the decision four minutes before the athletes received an email from Rick Cooper, Director of Athletics, this afternoon. Coach Hannon was told the decision was made based on “facility and budgetary issues.” The team trains at the Plainview YMCA, and for the last four years its travel and scholarship budgets have been whittled away every year.

The email from the Athletic Director to the team read as follows:

This communication is to let you know that after much examination, deliberation and prayer with Athletic and University Administration, we are making the difficult decision to immediately discontinue our Swimming and Diving program.

We will not field a team or compete in Men’s and Women’s Swimming and Dive.

This has been a very difficult decision, but one we believe is both necessary and best at this point in time.

As a former student athlete, and the father of two college student athletes, I can empathize with how stressful this is for the families and members of our Swim and Dive team.

Members of the Athletic and Admissions administration and staff are available to discuss scholarship and transfer information as well as provide academic advisement.

I will be attempting to contact each member of the 17-18 team by telephone, but wanted to get this information out to you so you can begin planning accordingly.

Please do not hesitate to call me with any questions at the number listed below, and please leave your name and a phone number in the event I am not able to take the call at that time.

In her short time at the helm, Coach Hannan has built a nationally-recognized program in the NAIA, drawing swimmers from California, Arizona, Nevada, New Mexico, Colorado, Washington, Arkansas, and of course Texas, as well as from Barbados, Colombia, Trinidad & Tobago, Germany, Venezuela, and Croatia. She increased the size of the team from 10 men and 7 women in 2013-14 to a combined roster of 29 in 2016-17. She has developed 7 All-Americans (All-American honors are only awarded to top-3 finishers in each individual event at NAIA Nationals) and was recognized by the American Swimming Coaches Association as Coach of Excellence three times.

No, no, no. Didn’t you read that he prayed about it! Don’t blame Rick, Jesus said it was OK…

This saddens me that we have lost another program to budgets, with no consideration of the amount if tuition Each swimmer brings in.

The athletes don’t bring in any tuition, they come to Wayland on full scholarships.

Ugh this is terrible.

this is becoming all too common….. gut renching for the Student-Athletes to read that I imagine

The program wasn’t very good there are 14 year olds on my club team as fast as them, I think it’s very unfortunate that they’re cutting the program but at the same time I don’t think they raked in any money from the program.

You have no clue what you are talking about. Coach Alyson drove all over Texas building this team with swimmers no one wanted and got them to naia in her first season. She did this all by herself with no assistant or help She was able to offer scholarships to swimmers who were turned away and gave them an opportunity to swim and get a degree
Sometimes it’s not about the level of swimming to start out but the opportunity and to develop a team from scratch and grow it
And watch them achieve goals and be part of a team
This team meant a lot to coach Alyson But when you have no support financially to… Read more »

Private school with limited scholarships. You’re right they weren’t making any money of them. And good for,your faster 14 year olds. What about the 18 year old mediocre swimmer that wants to continue swimming at a non D1 level because they love the sport. Ignorant statements like yours have no place in the sport.

Any idea how many scholarships they were working with. Roster shows several internationals. I know that doesn’t necessarily mean big money but usually does.

Less than half of the NAIA maximum based on conversations I’ve had with their staff.

My child swam for Alyson on that team. Alyson KILLED the swimming program all on her own. She didn’t build anything. Good swimmers came and she broke them apart.

She is a fantastic coach… you’re just an angry mom who’s child couldn’t hack it.

Actually mine was the one that got those women’s standings up into the 10th and 11th finishes for the 2 years she swam. Alyson is just not a good coach. Many swimmers transferred out after this past season BEFORE this was announced, rather than swim for her again.

I swam for that team too up until now. I think Coach did a really good job for us but most importantly it was the athletics department deciding to kill the program behind her back even though we as swimmers delivered

We swan in a 6 lane pool with limited pool time

No facility on campus, limited practice time and limited aid. Not impressive at all.