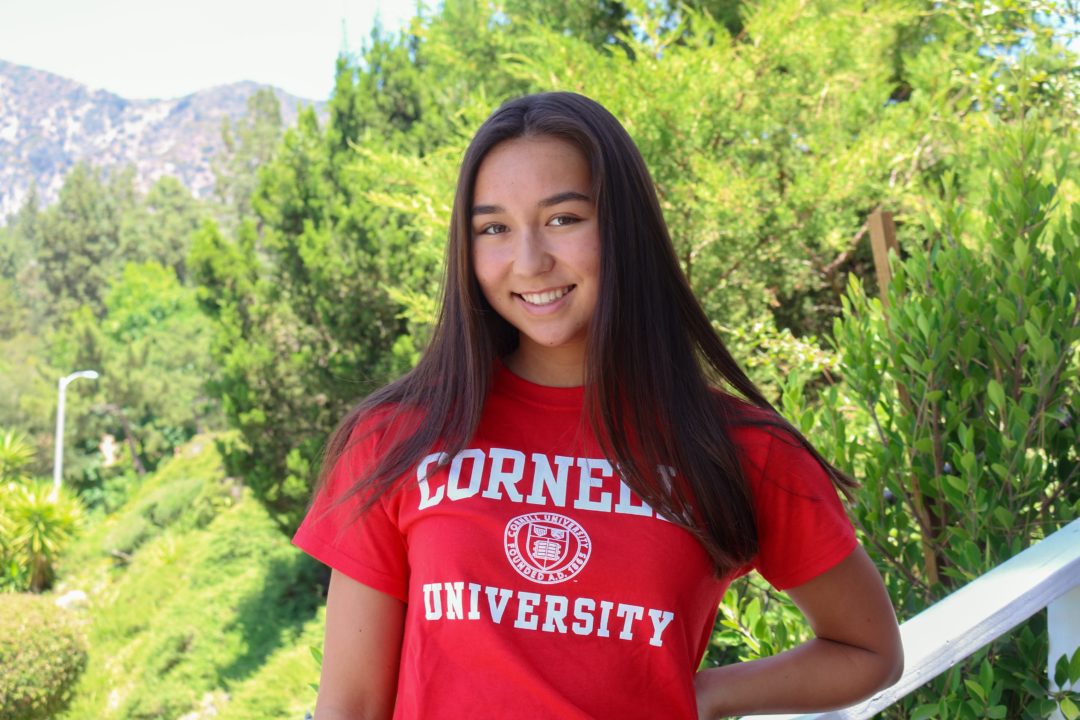 The Ivy League's Cornell University has picked up a verbal commitment from butterflier Alex Syrkin beginning in the fall of 2021. Current photo via Alex Syrkin

Alex Syrkin of La Canada, CA has announced her decision to swim at Cornell University beginning in the 2021-2022 season. Her brother, Danny Syrkin, committed to swim for USC’s class of 2024.

She swims year-round for the Rose Bowl Aquatics, and she is entering her senior year at La Canada High School. She shared her excitement in a post on her Instagram:

During her sophomore season at La Canada High School, Syrkin swam at the California CIF Southern Section DII Championships after winning both of her events at the Rio Hondo League Champs. She placed 12th in the prelims heats of the 200 free (1:55.54) and 7th in the 100 fly (57.61). She did not swim the 200 free in finals, but she moved up a spot in the 100 fly to finish 6th.

She also swam on La Canada’s 400 free relay which finished 9th, and their 200 medley that earned 10th place. Madeline Odell swam the backstroke leg of the 200 medley, Shannon Ring swam breast, and Elise Trocker anchored with freestyle. Syrkin swam the third leg of the 400 free relay, alongside Angeli Paull, Odell, and Ring.

Syrkin broke her own school record in the 100 fly (57.18) at the Rio Honda League Championships.

Syrkin is set to join the Big Red beginning in the fall of 2021. She will be one of the team’s top fliers when she gets on campus. Her 100 and 200 fly times would have been the team’s 3rd fastest last season behind Alexis Schaaf and Maegan Rudolph. Both women will have graduted by the time Syrkin joins the women’s team.