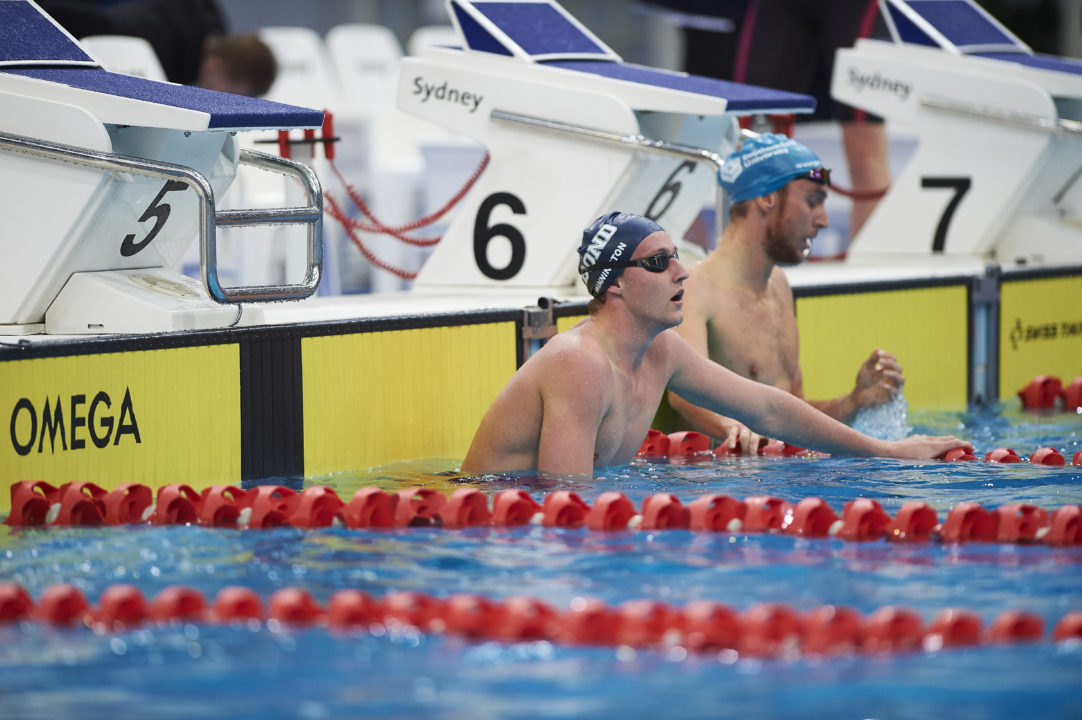 The Australian roster for Tokyo grew by a notable amount on day 3 of the Trials, while Elijah Winnington now has 2 individual events. Archive photo via Jaimi Joy, www.jaimijoy.com

Day 2 of the Australian Olympic Trials brought a plethora of talent to the roster for next month’s Games in Tokyo, Japan. In addition to the six individuals who made the grade through day 2, we now have the likes of Ariarne Titmus, Kyle Chalmers and Kaylee McKeown among those ready to represent the green and gold.

For Titmus, the St. Peters Western star nearly took down American icon Katie Ledecky’s World Record in the women’s 400m freestyle, touching in a huge Aussie national record fo 3:56.90. Joining her in making the team in the event was Western Aussie Tamsin Cook, who finished in 6th place in the event in Rio before taking a hiatus from the sport in 2018. Cook has quickly come back to form, having only been back to racing since last fall.

McKeown wowed the crowd home and abroad by registering a shiny new World Record en route to topping the women’s 100m back podium. She clinched the Olympic berth in style in 57.45 while mainstay Emily Seebhom qualified for her 4th Olympic Games by finishing with the silver.

Chelsea Hodges and Jessica Hansen earned 100m breaststroke berths, while Chalmers was the top dog in the men’s 200m free. He led a 6-pack of thunder which included Elijah Winnington nailing his 2nd individual event qualification after having topped the 400m free on night 1.

After choosing the 200m IM over the 200m back, Mitch Larkin nearly missed Olympic qualification in the 100m back sprint. He matched the Swimming Australia-mandated time of 53.40 exactly, despite owning a season-best effort of 52.75.