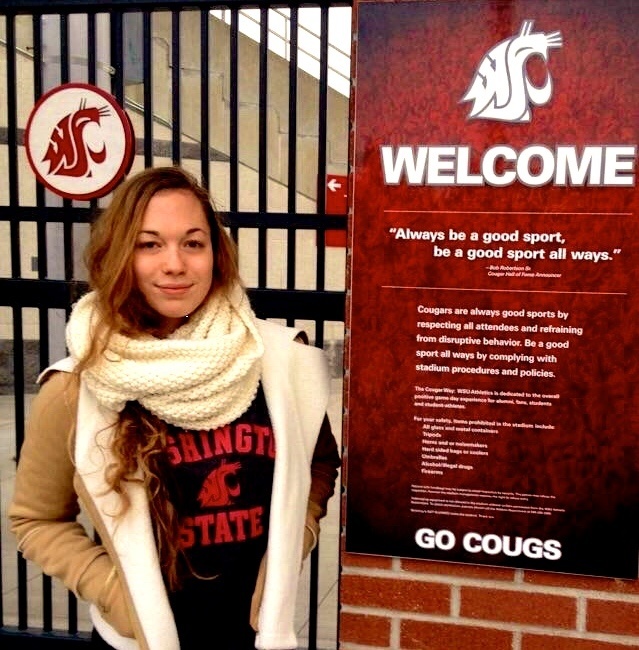 Linnea Lindberg, who is one of Sweden’s top 50m breaststrokers, signed with WSU during early signing period.

Linnea Lindberg, who is one of Sweden’s top 50m breaststrokers, signed an NLI to swim at Washington State University during the fall signing period. Lindberg will join the Cougars in the fall of 2015.

Lindberg is a native of Lidingö, Sweden and swims for SK Neptun in Stockholm. In 2013, she finished fourth in the 50m breast at the Swedish Junior Championships. She finished in the top ten in the 50 breast at the most recent Swedish Nationals. In 2011 Lindberg placed ninth at the FINA World Cup in Stockholm. Swimming the breast, Lindberg came in second in the 400 medley relay at the 2012 Swedish Championships before setting the national record in the 200 medley relay at the 2012 Portugal Open.

“I fell in love with the campus when I visited,” Lindberg said. “The whole team is great and I can’t wait to join them next year. I’m very excited to be a Cougar and swim in the Pac-12.”

This will be great Linnéa! Have a ball!

As A Cal fan, it’s great to see WSU Cougars get a talented woman swimmer. I hope they can add to their program through the years which will enhance the PAC12 Conference. Same for Oregon State. Washington Huskies and Oregon Ducks universities do not field swim teams. Wish they would. And although it would compete with the Cal program, I would like to see UCLA field a Mens team in the future.