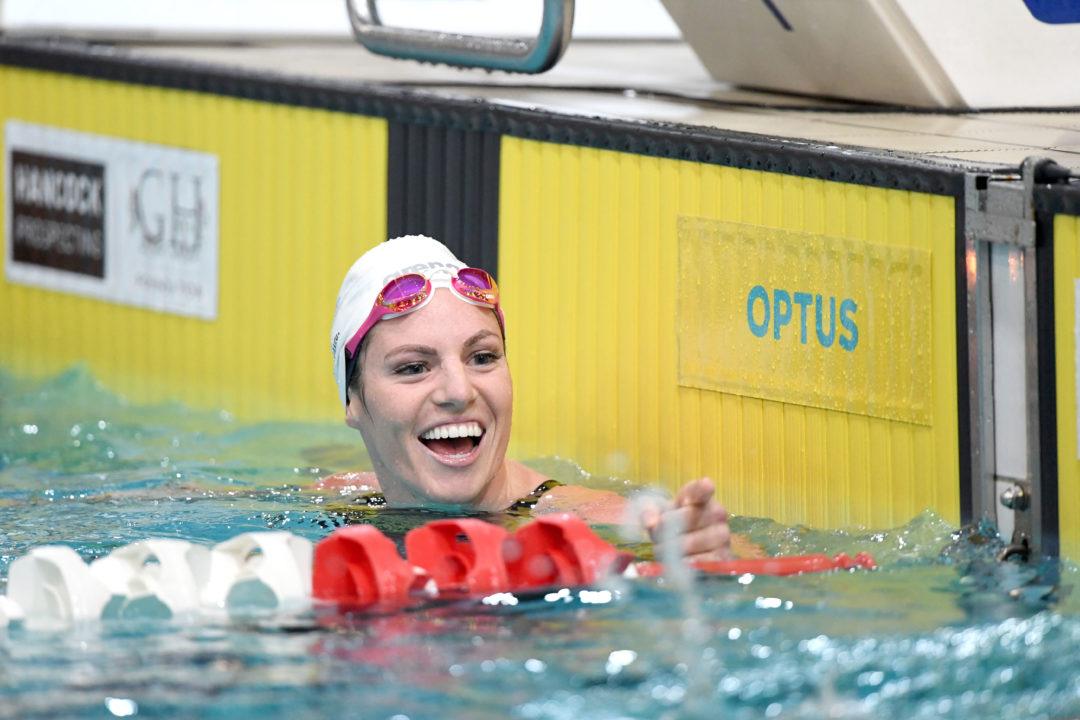 Emily Seebohm saves some speed for the back-end of her 100m backstroke. Archive photo via Swimming Australia

Day 2 finals of the 2017 Australian National Championships brought an All Comers Record in the form of Emily Seebohm‘s 100m backstroke gold medal-winning time of 58.62. That victory scored Seebohm the 10th national title in this event for the Olympian who recently underwent separate surgeries for endometriosis followed by routine wisdom teeth removal. The 24-year-old reveals in the Swimming Australia video that she changed her racing tactic in last night’s race.

“I’m trying a different race plan. I usually have really good speed at the front, but I wanted to save a little bit for the back-end.” She wound up splitting 28.67/29.95 en route to her 58.62 and clinched a spot on the World Championships roster yet again this year.

The surprise race of night 2 came in the stacked men’s 200m freestyle final. Reigning 400m freestyle Olympic gold medalist Mack Horton threw down the outside smoke from lane 8 to overtake young gun Kyle Chalmers and the 2016 national title holder in this event, Cameron McEvoy. Horton was 8th after the opening 100m, notching a split of 53.38, but released his fury on the back-half, closing in 53.45 to secure the gold in a winning mark of 1:46.83. That’s a personal best and the first time Horton has dipped under the 1:47 threshold.

Post-race, Horton says that he “went with Kyle. He knows how to bring it home, and if I can bring it home over him then I’m in a good spot.”