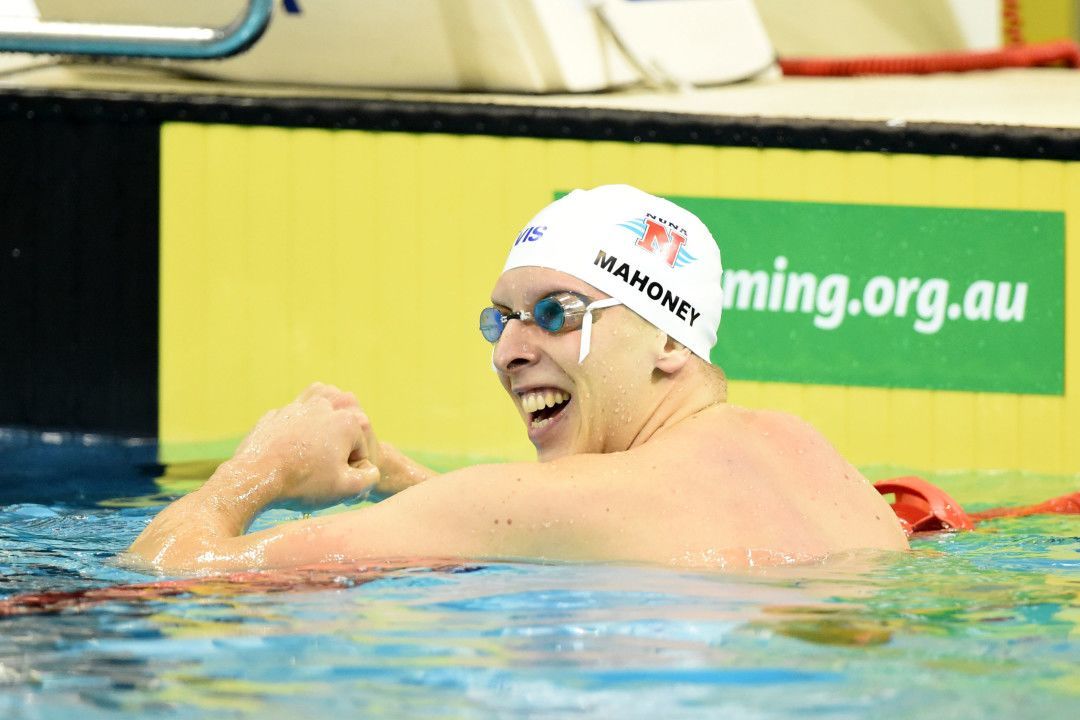 With the Australian Swimming Championships kicking off in less than a week, let’s refresh on how one qualifies for the Dolphins’ national team roster for the 2017 World Championships in Budapest.

Per Swimming Australia’s selection criteria, a maximum team size of 52 athletes (26 male, 26 female) will be selected for Budapest. First and second place finishers in individual Olympic events in Brisbane qualify for a spot on the roster, provided they swim a time that equals or betters the Swimming Australia qualifying mark listed below:

While most of the times are doable in light of the Dolphins’ prowess in such events as women’s backstroke and men’s freestyle, the gaps in Australian talent become more apparent when looking at the psych sheets in light of these qualifying times in other events. For instance, the men’s 200m breaststroke qualifying time is 2:09.64, but Matthew Wilson is the only male to enter the meet with a sub-2:12 second time. His entry time is a lifetime best, so Wilson will need to replicate a career-fastest to be considered in the event and it’s rather unlikely a 2nd swimmer will drop over 3 seconds to match him and qualify.

The same holds true for the men’s 200m IM, where 19-year-old Clyde Lewis enters the meet with the top time of 2:00.09, despite the qualifying mark sitting at a speed 1:58.54. That QT actually checks-in as the 5th fastest time in Australian swimming history, so Lewis, Travis Mahoney and the other entrants will need to have the swim of their life to even notch a time swift enough to be considered.

Will there be a live feed of the meet? TY

The biggest issue in Australian swimming is that there are no incentives to keep “youth swimmers” in the sport. There are no youth teams 18 -21, no funding unless you are at the top & no College system where swimming remains fun & competitive with a focus on team. Just look at the entry numbers in events at the Nat champs take out the age group swimmers & visitors & some events have only 15 “open” level swimmers many of whom are under 20. The talent pool gets sucked dry with huge numbers leaving the sport after 18 as there is nothing for them to keep them motivated to continue. Swimming is a huge financial drain on individual s &… Read more »

QT’s are the same as last year for Rio, 8th place into the final from Kazan.

Why are we discussing these times like they’re new? They are the same qualifying standards as last years for Rio, based off 8th place into the final at 2015 Worlds in Kazan.

Aussies have always been top heavy. When one swimmer goes down, it usually is a disaster for the relays.

Usa has the best model to date ….

Emanuele – The Swimming Australia Limited doc itself is linked within the article.

Wow, absurd. The same thing for the IM, TOUGH time for the 200im, quite easy for the 400im…
I’d like to know how they decide these times…

the logic from SAL is that it is the time to make the final at last benchmark event. EG RIO.

What is the point of such aggressive qualifying standards? Is the meet really too big, as-is?

Why reward mediocre performances & therefore hand out plane tickets to those who will clearly NOT make finals or even semi finals …. that is the counterargument to your assertion.

Hopefully this will be the last year of summer AUS season & April Trials 3-4 months out from majors thus removing the issue of having two separate preparations but much will decide on whether they roll out the new system/Trials in winter next year. Hopefully they do so (giving them the opportunity of another year to swimmers to adapt) but that will mean taking the sensible option of prioritising the “real world” competition at Pan Pacs rather than the “bush league” farce that is Comm Games. But will they ?

Because taking the second best swimmer who might be a little younger and getting them international experience can give them confidence and the experience needed to improve.

We all said that last year before Rio . Such standards doesn’t mean more medals following …….

I would completely concur with such a move IF said youngster was at least within range of the time required and would indeed make the discretionary call in their favour ahead of the “perennial who’s never made the grade despite numerous opportunities”.

Regrettably, the current situation in AUS swimming is that there are only limited events where there are emerging youngsters knocking on the door of selection but rather still an abundance of “list cloggers”/those who’ve been on the fringe for more than one Olympic cycle (sometimes multiple) without either making the team or have squandered a number of international outings given to them

Furthermore, outside of maybe less than a handful of events; AUS depth is incredibly shallow and… Read more »