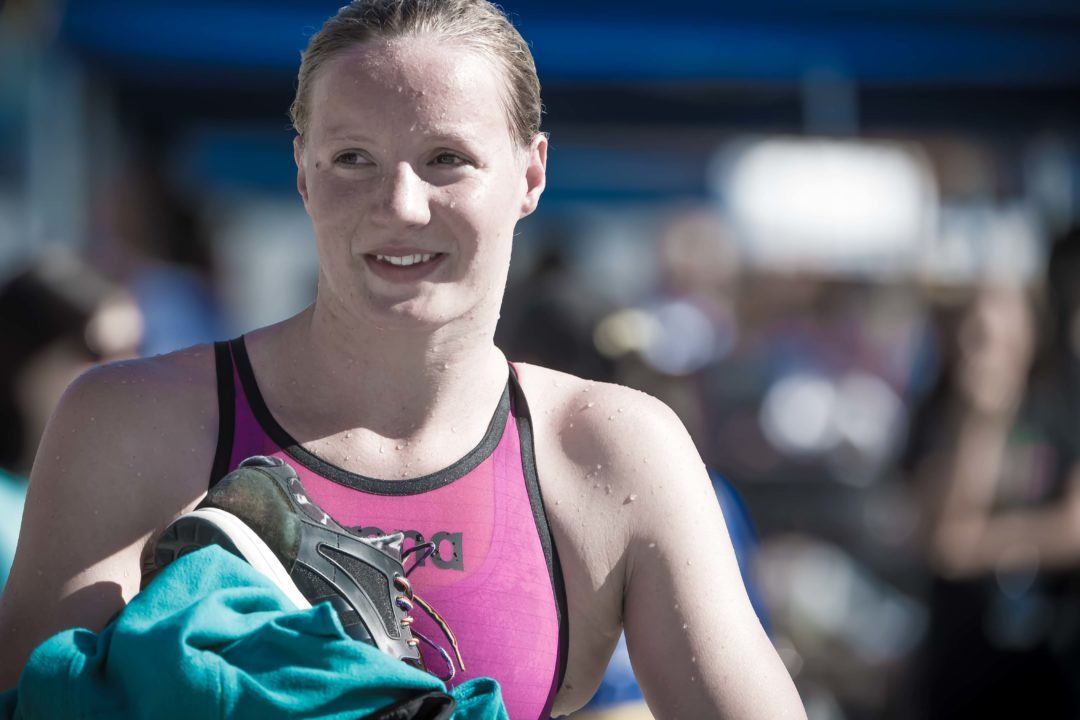 The Australian roster for the 2017 World Championships has been released, with 19 Olympians leading up the 31-strong contingency. Several Olympians are notably, and expectedly, absent, such as Cate Campbell, Thomas Fraser-Holmes, James Magnussen, Maddie Groves and Tamsin Cook. All the aforementioned had willingly removed themselves from World Championships selection either due to taking a hiatus or changing up their training plan, most with the goal of keeping their bodies on track for the 2018 Commonwealth Games hosted in the Gold Coast.

2016 Olympian Jess Ashwood competed in Brisbane this week at Aussie Nationals, finishing 2nd in the women’s 800m freestyle. Ashwood was beaten by 16-year-old breakout star of the meet, Ariarne Titmus, but she still managed to fire off a time of 8:25.16, thereby comfortably clearing the Aussie QT of 8:23.08. So why didn’t we see Ashwood on the roster released today?

The 23-year-old Chandler swimmer has withdrawn from World Championships, SBS Reports, as a ‘means of extending her career’ through Commonwealth Games 2018 and the 2020 Tokyo Olympics.

As to the latest elite athlete withdrawing, Aussie Head Coach Jacco Verhaeren commented, “In reality you can’t make up for their absence.

“But I am okay with people who withdraw from a team as long as it is backed up with a solid plan that allows them to return. And they all had good reasons. It’s thinking about the longevity of their careers.”

Verhaeren did focus on the positive fact that several new faces such as Titmus and sprinter Jack Cartwright are on the squad. “It is a transition year. But we have up and coming talent which we wanted to see because we can’t keep relying on the same people every year.”

“They are not all medal winners but you can’t expect that from a young team like this. But it’s an important step in their career – it’s exciting.”

Hhmm, leaves Titmus as sole 400 & 800 entrant. There is the potential to co-opt Melverton into those events as she’s already selected for Open Water; this may or may not happen but is a possibility they could explore

i hope melverton gets to swim at least the 800m; totally understand jess withdrawing as well