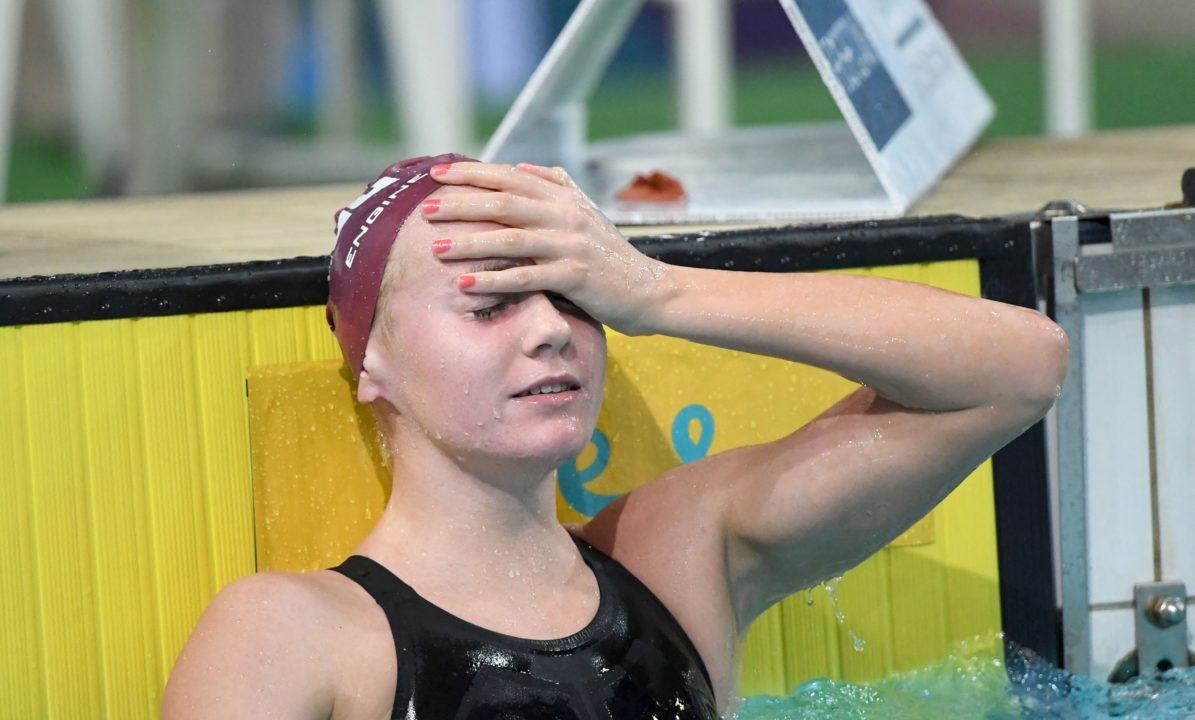 Two years ago, now-16-year-old Ariarne Titmus and her family moved from Tasmania to Brisbane to further the young talent’s swimming career and the moved has appeared to pay off in spades.  While competing in the first finals session of the 2017 Australian Swimming Championships, 16-year-old Titmus crushed the women’s 800m freestyle field en route to her first senior national long course title. Among a field that included reigning national champion and 2016 Olympian Jessica Ashwood, as well as 5k open water swimmer national championship winner Kiah Melverton, Titmus held her own in the race, leading wire-to-wire to clock a final time of 8:23.08.

Titmus also scored a new Australian National Age Group Record for 16-year-olds and rocketed into the slot as the 5th fastest performer in Australian history. Back to her geographical roots, however, the victory also marks Tasmania’s first female national title winner in 40 years. Swimming Tasmania President Susan Cure told The Courier Mail that Titmus is just the 5th Tamsmanian to claim an open long course Australian national title, with the last winner being Scott Goodman back in 1991.

“It’s very exciting, she’s very focused and I can see her going places,” Cure said. “She has no fear when she races.”

The ferocity continued into the teen’s 200m freestyle performance as well. In tonight’s final, earned a new personal best in the long sprint event, taking her morning 1:59.40 outing even lower to a 1:58.11 for a remarkable runner-up silver to powerhouse Emma McKeon’s gold medal.

And, the teen isn’t done, coming in as the 4th seed for Thursday’s 400m freestyle, what she considers her pet event.