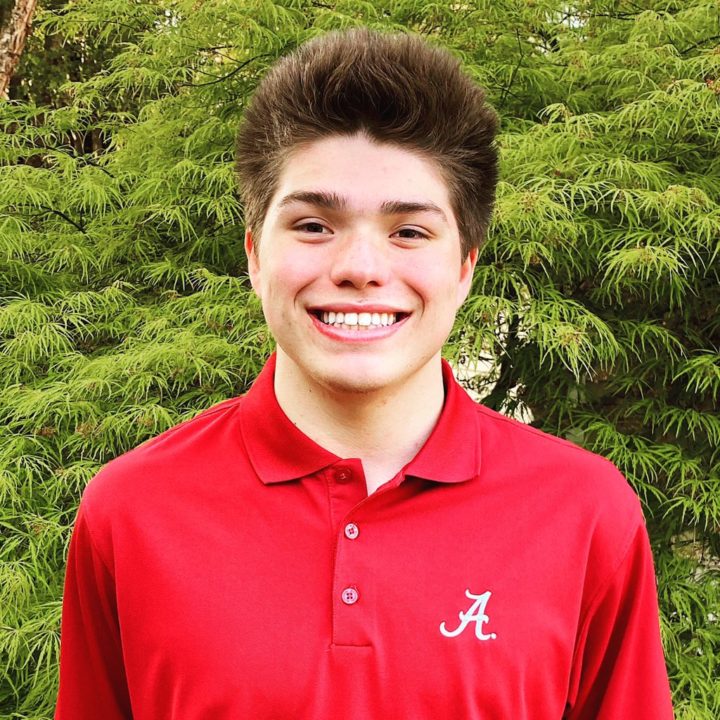 Alabama hasn't recruited much out of neighboring state Georgia recently, but that's beginning to change with the addition of Nicklas Bohn to the class of 2021.

Nicklas Bohn, a junior with the Dynamo Swim Club in Atlanta, Georgia, has verbally committed to the University of Alabama. He will arrive in Tuscaloosa in the fall of 2021 as a member of Alabama’s class of 2025.

Bohn, who swam for Forsyth Central High School as a freshman but hasn’t since, has top times as an IMer and mid-distance freestyler, with versatility to support the former as he progresses to college. As a 13-14 in 2017, he won the 200 back at the Southern Premier Meet in Nashville, which is one of the country’s top non-championship club meets annually.

At last year’s SEC Championship meet, it took times of 1:46.4 and 3:50.0, respectively, to score in the men’s IM races. Alabama sophomore Nicholas Perera finished 4th in the 400 IM.

Given geographic proximity, and generally a lack of depth in the in-state swimming, Alabama has relatively-few swimmers from the state of Georgia on their current roster. Last season, they had only 4 on the men’s and women’s teams combined, including freshman Cam Auerbach from the same Dynamo Swim Club. That trend continues, with no public commits in the class of 2020 and Bohn being the first in the class of 2021.

The Alabama men showed some progress under first-year head coach Coley Stickels last season, jumping from 6th place to 4th place in the conference. One path to sustained success would be through a bigger presence from the fertile recruiting grounds to the east in Georgia.

Nick is a good one. Great reputation as a hard worker! Big pick up for Alabama, good for them for finally getting in to the recruiting game in the best state in the country.

But can he make field goals?

Alabama has also just recently picked up Charlie Hawke from Australia for their class of 2021. Big class so far! Also Nicholas Perera placed 4th at SECs this season

Is he any relative of Brett?

I couldn’t find any mention of a relationship anywhere, though there could be.

And one of those from Georgia is entering the transfer portal, Liam Bell. With Alabama’s resources and its national push (60% of student body not from Alabama) and Coley’s national reputation and background, he’ll do great bringing top swimmers from across the nation. As with all schools, it’ll have to be a fit with Coley’s unique approach, but even this year’s results with swimmers who ‘weren’t his kids’ show the development possible for those who buy in. Tide is going to rise fast in the SEC.

A VERY proficient coach and recruiter

Why did Bell leave? He was from Georgia I believe.

Wants to go to an Ivy League school apparently.

How did you discover this information John J?

What is your source for this information? Is this academically driven?