UPDATE: Ben Proud Will Arrive in Rome in Time for the 50 Free 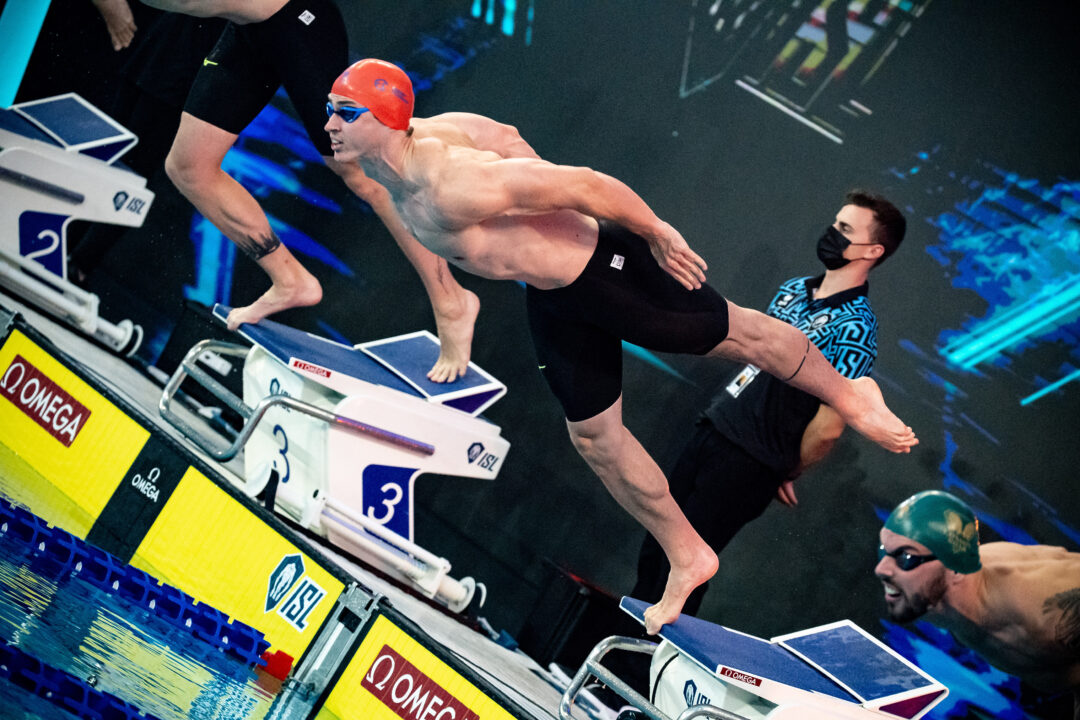 Great Britain's Ben Proud entered the European Championships as the top-seeded swimmer in both the men's 50 free and 50m fly but appears to be out of themeet. Archive photo via Giorgio Scala / Deepbluemedia / Insidefoto

Update: James Gibson says that Ben Proud will arrive in time for the 50 Free

Day one of the 2022 European Aquatics Championships saw a significant scratch in the men’s 50m fly as Great Britain’s Ben Proud was absent from the heats.

The 27-year-old speedster is coming off of a successful summer that saw the Briton take gold in the men’s 50m freestyle at the 2022 World Championships in Budapest, as well as gold in the 50m free and 50m fly at this year’s Commonwealth Games in Birmingham.

While he was entered in the 50m fly and the 50m free as the top-seeded man in each here in Rome, Proud is right now training Turkey at the Gloria Sports Arena under the tutelage of James Gibson.

Proud does intend to arrive later in the meet, though, including plans to race in the 50 free, his only other individual event of the meet. That race runs over the last two days of the meet, with prelims and semi-finals coming on Tuesday and the finals on Wednesday. Proud will be the top seed in that event.

Without Proud in the mix, Dutch speedster Nyls Korstanje has taken the top seed heading into Friday night’s 50m fly final, having established a new national record of 22.88 in tonight’s semi-final.

Ben Proud is coaching himself in Turkey and will arrive later. Gibson is banned from Turkey as Energy Standard owe them waaaaaaay too much money…. He hasn’t been poolside with him since Energy Standard group disbanded. Nice bit of PR though – ‘coaching by stealth’ and taking all the credit….

His Instagram said he’s “ready to continue the summer season” and given this is his last meet left of the summer I imagine he’ll still compete, the 50 free is in 5 days still so maybe he’s just getting some training in with his coach at his home base and then coming out to Italy in a few days