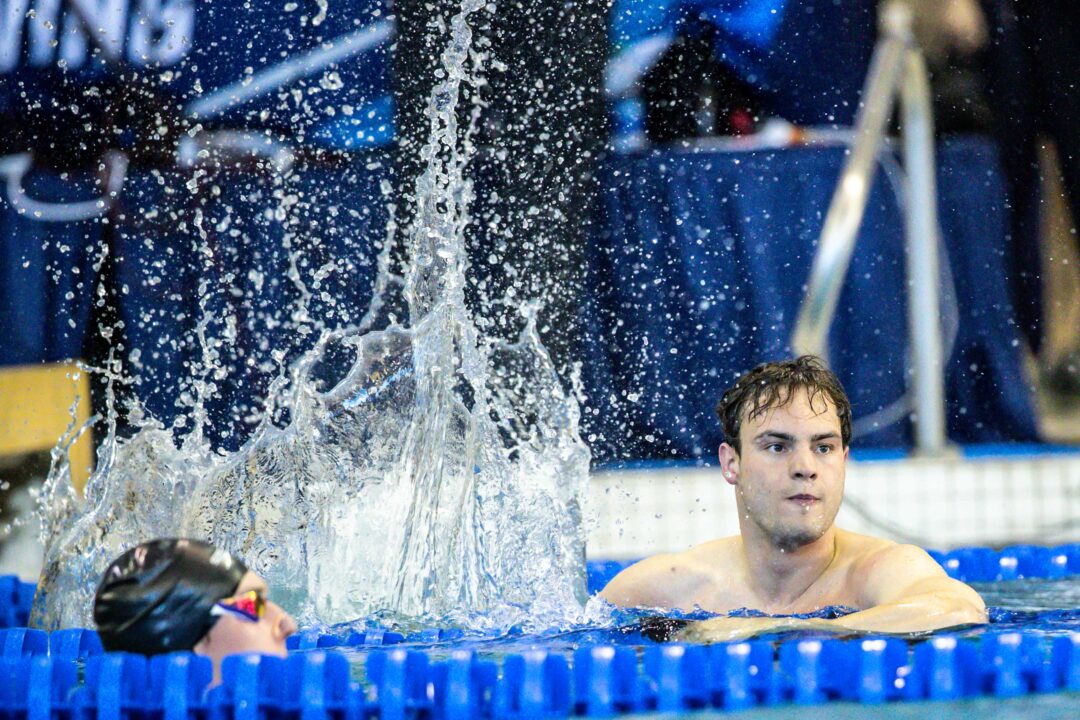 Having already dropped his own national record down to the 22-second territory with a speedy 22.90 in the heats, Nyls Korstanje of the Netherlands shaved another .02 off to grab lane 4 for tomorrow night’s final.

Entering this meet, the 23-year-old Olympian, who also competes for NC State in the NCAA, owned a lifetime best and Dutch national standard of 23.02 which he established in April of last year.

Joining Korstanje not only in the final but also in the record-breaking category were 4th seeded Diogo Ribeiro of Portugal and 5th seeded Josif Miladinov of Bulgaria.

Ribeiro stopped the clock tonight in 23.18 to overtake his own previous national record of 23.28 he logged just earlier this year.

As for Miladinov, the now-19-year-old who took the 100m fly silver at this competition last year, owned the Bulgarian standard in the 23.48 he posted at the 2019 World Junior Championships. Tonight the Olympian managed to shave .28 off of that prior career-quickest to get a medal shot during tomorrow night’s final.

Ribeiro is Junior…amazing time by the Portuguese. Closing in on Minakov WJR of 23.05. Can he get there? I assume he still has world juniors to come, and maybe can get to the mark by December this year?