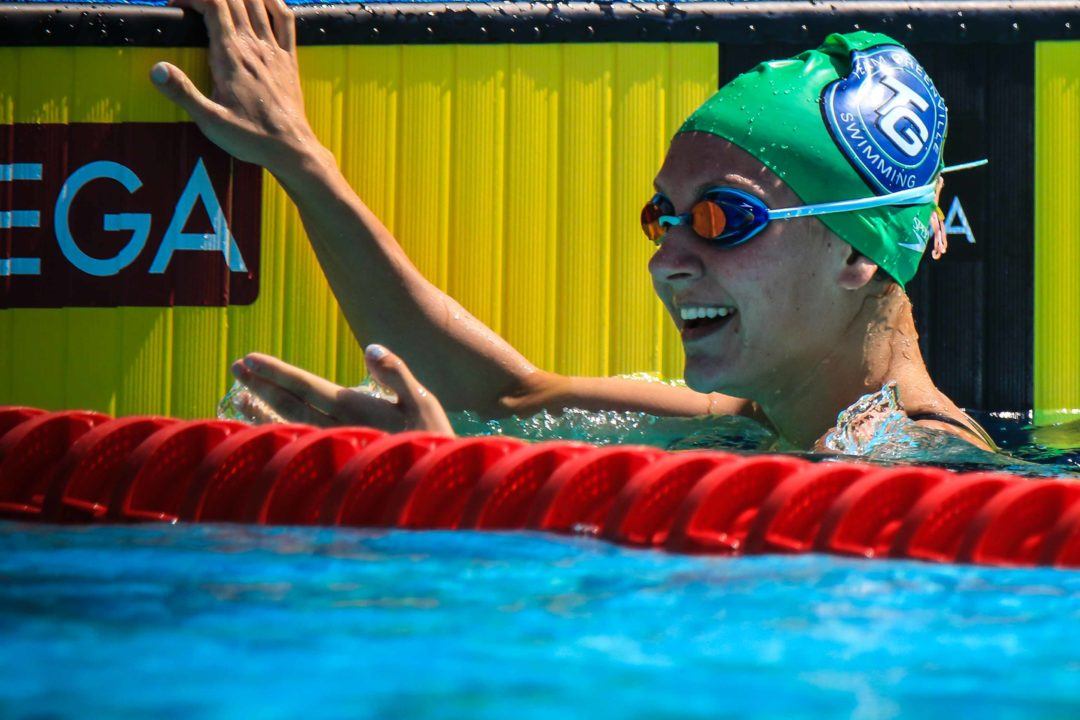 Rice entered the season with a best time of 2:00.59, and just went 1:55.86 to win the SEC 'B' final. Archive photo via Jack Spitser/Spitser Photography

Call her this year’s Parker Herren.

Kentucky’s Anna Havens Rice was primarily a breaststroker in her freshman year with the Wildcats, but has taken on the 200 fly in her sophomore season and it all paid dividends on Friday night at SECs.

She knocked her personal best down to 1:58.81 at the Ohio State Invitational in November, and then snuck under that last month in a dual against Louisville in 1:58.79.

Then after coming in seeded 22nd at SECs, Rice lowered her PB down to 1:57.51 to qualify for the ‘B’ final in 10th. She didn’t stop there, overtaking teammate Izzy Gati on the last 50 to win the 200 fly consolation final in 1:55.86, marking a near five-second drop compared to where she was at the start of the season.

The comparison to Herren comes from the massive improvement Herren, another Kentucky swimmer, showed last season to make the SEC ‘A’ final in the 100 back.