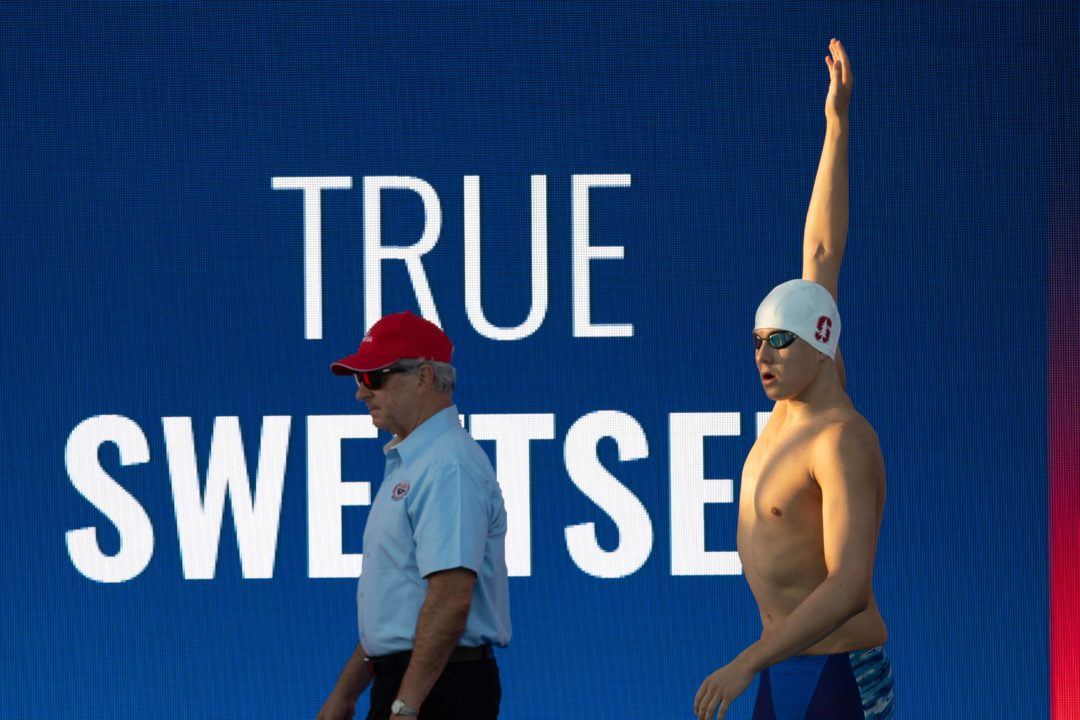 National champion True Sweetser will be competing at the Gainesville sectionals this weekend alongside an all-star group of Florida HS state champions. Stock photo via Mike Lewis/Ola Vista Photography

The 2019 Summer Speedo Champions Series kicks off with three different meets going on this weekend. The Gainesville sectional meet will be held at the O’Connell Center at the University of Florida. Featured among the swimmers at this meet are an all-star Florida high school state champions crew along with many Florida Gators.

Florida alum and Italian American dual citizen Andrea D’Arrigo is scheduled to swim the 100/200 free. During his time at Florida from 2013-2015, D’Arrigo was a 2-time SEC Champion as well as medalling at the European Championships. Olympic semi-finalist and World finalist Corey Main of New Zealand will also compete with brother Bayley Main.

The action starts Thursday at 5 pm ET with the timed finals of the women’s 1500 free, men’s 800 free, and the 200 men’s/women’s/mixed free and medley relays.

How many Katz are there?

Arik, Taylor, Austin, and Alex are all siblings. It is estimated that there are approximately 25,000 Americans with the last name “Katz,” meaning it’s not that uncommon. Somewhere on par with “Woodruff” or “Fritz” or “Broussard” or “Dickinson” or “Worley,” so you may run into some at other meets that are unrelated.

But there is only one True Sweetser! And he is the GOAT. Except for when he loses. Which tends to happen from time to time

Is True actually training in FL this summer? For his sake, I hope so.

When I was a young man, I had the pleasure of meeting a man who I thought had a very interesting name. To go along with his interesting name, it just so happened that this man was a towering 6’ 9”, 420kg hunk of testosterone. The man I am referring to is of course, True Sweetser, known affectionately as “The Stanford Silverback” and many other much more graphic names. On the day I met True, I was traveling with my son, George. He was the first one to spot the goliath of a man, and immediately sprinted off towards him to ask for an autograph. I followed closely behind and apologized to True profusely once I caught up to my… Read more »

15
0
Reply
The Man Himself
Reply to  Big Boi

what an amazing true, sweet story!