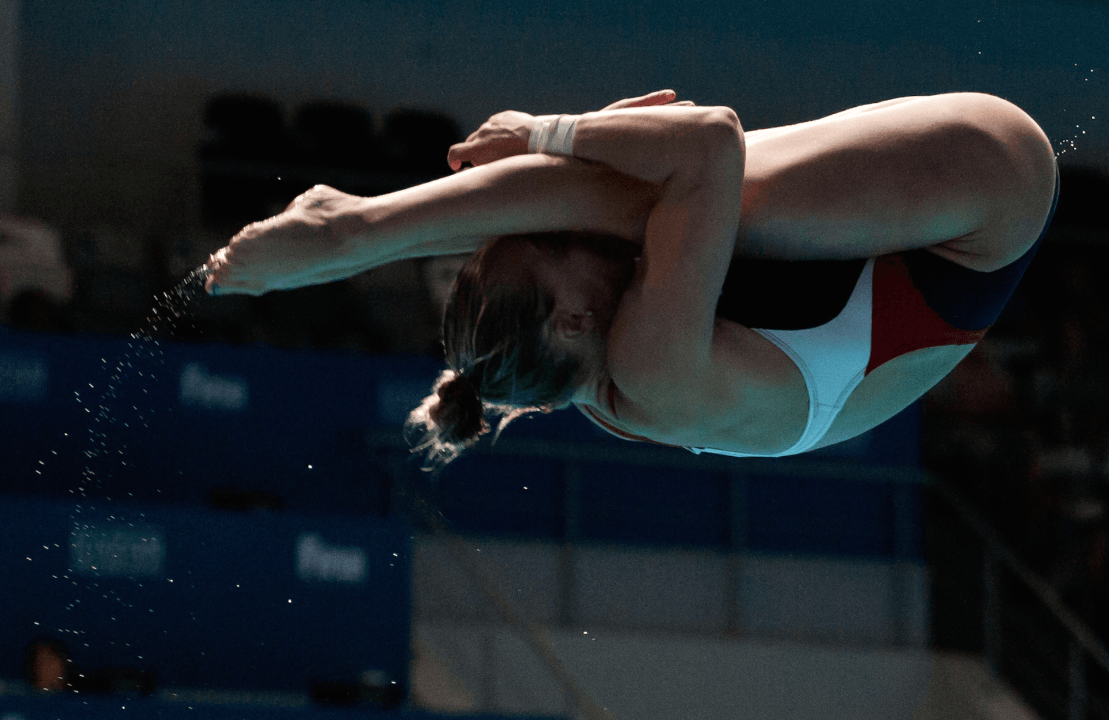 A number of new faces - whether new to a program via transfer or new to the NCAA as freshmen - stood out at the Tennessee Diving Invite, teasing a potential shakeup of diving points come the NCAA Championships. Stock photo via Simone Castrovillari

A number of new faces – whether new to a program via transfer or new to the NCAA as freshmen – stood out at the Tennessee Diving Invite, teasing a potential shakeup of diving points come the NCAA Championships.

The women’s meet showcased a couple of new divers who could shake up NCAA finish orders, as well as a few returning stars from last year who don’t appear to have missed a beat.

Bacon’s 327.90 edged out Arkansas freshman Brooke Schultz (325.70), who should also be in the hunt for an A final spot this year. Schultz is a hometown Arkansas product in her first NCAA season.

On 3-meter, Schultz came up with the win, blowing out the field by 17 points. Her 383.40 topped South Carolina’s Julia Vincent (366.10). Vincent was 18th at NCAAs last year, and third-place Elizabeth Cui of LSU was 17th, so Schultz probably projects as a likely scorer. On the other hand, Schultz did beat at least one All-American – Bacon, who was 6th last year at NCAAs and finished 4th behind Schultz, Vincent and Cui in Tennessee.

The Platform title went to Georgia transfer Freida Lim. Competing with Clemson last year, Lim didn’t qualify for NCAAs. But when the Tigers cut their dive team in the offseason, the Singaporean diver transferred to Georgia. She may now be an impact pickup for the likely top-10 program, scoring 267.05 to win platform.

Second went to another transfer. Kristen Hayden was an NCAA B finalist for Michigan as a freshman, but is now diving for Minnesota in her sophomore season. She scored 254.30 for second, edging out Missouri senior Madeline McKernan (253.60).

The star on the men’s side, predictably, was new Tennessee Volunteer Zhipeng ‘Colin’ Zeng. An NCAA champ as a freshman, Zeng transferred from Ohio State to Tennessee in the offseason and won two of three events at the home diving invite.

Zeng won the platform event, the same one in which he won the NCAA title in 2016. His 432.30 points beat LSU’s Juan Hernandez (430.40). That’s a nice finish for Hernandez, who scored on both springboards at NCAAs last year but was just 28th on Platform.

Third was NC State’s James Brady, who was 34th at NCAAs last year, and NCAA scorer Scott Lazeroff was fifth for Auburn.