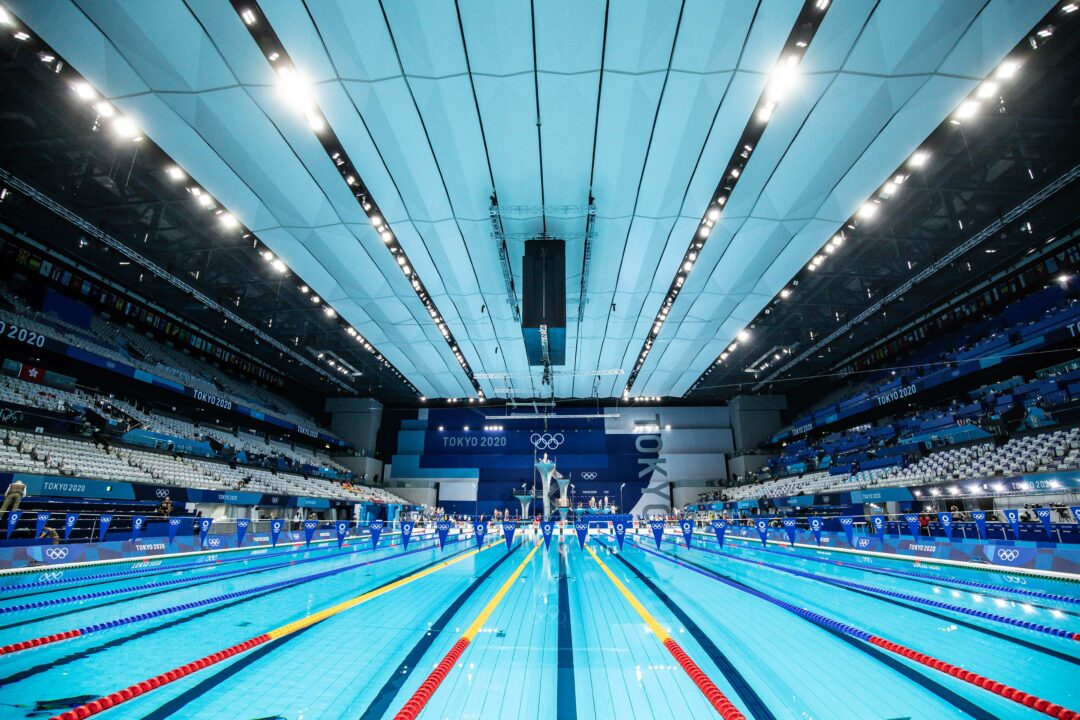 With many races swum during the day 5 finals session, 5 more World Records were broken in Tokyo, 3 of which fell at the hands of the previous WR holder. Stock photo via Jack Spitser/Spitser Photography

With many races taking place during the day 5 finals session, another 5 World Records were broken in Tokyo, 3 of which fell at the hands of the previous WR holder. Getting things started was Israel’s Mark Malyar, who tore to a 4:31.06 in the men’s S7 400 free. The swim shattered the previous WR of 4:33.64, which Malyar held from 2019. Ukrain’es Andrii Trusov took Silver in 4:35.56, while American Austin Evan claimed Bronze in 4:38.95. Notably, Argentina’s Inaki Basiloff took 4th in 4:38.99, meaning the top 4 finishers all swam well under the previous Paralympic Record of 4:41.82, which Malyar set this morning in prelims.

Japan’s own Naohide Yamaguchi clocked a 1:03.77 to win the men’s SB14 100 breast, breaking his 3-month-old World Record of 1:04.00. Australia’s Jake Michel was in excellent form again tonight as well, swimming a 1:04.28 to lower the Oceanic Record again after he did so this morning. Coming in 3rd was Great Britain’s Scott Quin, who touched in 1:05.91.

In the men’s SB4 100 breast, Russia’s Dmitrii Cherniaev clipped the World Record, touching first in 1:31.96. The previous record was from back in 2012, and was held by Brazil’s Daniel de Farias Dias at 1:32.27. Cherniaev won the race handily, with Colombia’s Moises Fuentes Garcia taking Silver in 1:35.86. Greece picked up a medal with Antonios Tsapatakis touching 3rd in 1:40.20.

Belarus’ Ihar Boki broke the Paralympic Record in the men’s S13 50 free, after tying the previous record in prelims. Boki’s 23.21 was just 0.01 seconds off his own World Record, which was set back in 2015. Ukraine picked up Silver and Bronze in the event, with Illia Yaramenko and Maksym Versaka touching in 23.70 and 23.83 respectively.

Simone Barlaam (Italy) lowered the Paralympic Record in the S9 men’s 50 free, claiming Gold in 24.71. The swim was well off his World Record mark of 24.00, but Barlaam still managed to win the race by over a quarter of a second. Russia’s Denis Tarasov swam a 24.99 for Silver, while USA’s Jamal Hill clocked a 25.19 for Bronze, also breaking the Americas Record in the process.

Finishing up the session was the women’s 400 free relay. There weren’t any tight finishes in this relay, instead each place at least 2 seconds apart from the next. Italy won the race with their squad of Francesca Palazzo, Vittoria Bianco, Giulia Terzi, and Alessia Scortechini, who combined for a 4:24.85. Australia came in 2nd, with Ellie Cole, Isabella Vincent, Emily Beecroft, and Ashleigh McConnell posting a 4:26.82. Canada won Bronze, with Morgan Bird, Katarina Roxon, Sabrina Duchesne, and Aurelie Rivard clocking a 4:30.40. Both Great Britain and the USA were disqualified for early take-offs on the 2nd leg.