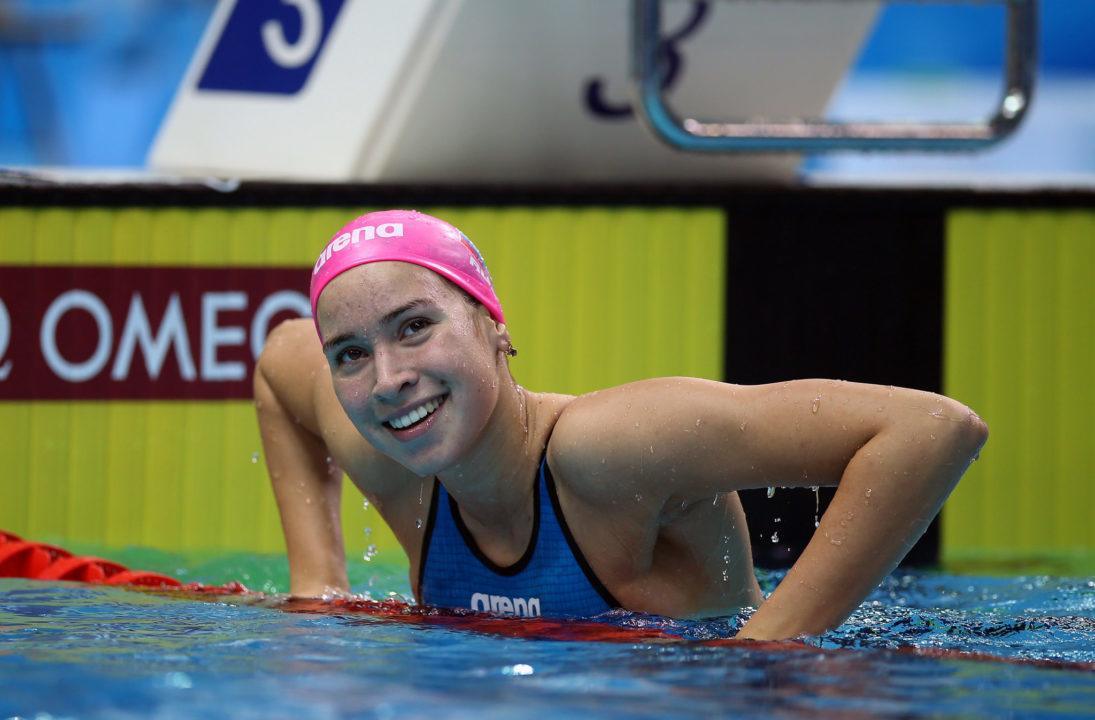 A trio of national records dropped over five days at the Short Course Russian Championships in Kazan this week.

All three records were on the women’s side. Svetlana Chimrova kicked things off on day 1 with a new 200 fly mark. She was 2:06.21 to blow out the field by more than two seconds. That swim also qualified her to compete at the Short Course World Championships in Russia.

Two days later, it was Veronika Popova‘s turn. She took down the 400 free record set by Elena Sokolova back in 2012. Popova was 4:00.65 to take almost a full second off the mark. That came on the same day as the 100 free in a tough double. But Popova won both races, going 52.93 to win the shorter event.

Across the meet, a number of different swimmers set European Junior records in a great showing for Russia’s ever-impressive youth. The most dramatic was a back-and-forth record war in the men’s 100 IM. Kliment Kolesnikov was 53.85 in prelims to set the record, but it was short-lived. One heat later, Daniil Pakhomov went 53.69 to take the record for himself. Then in finals, Kolesnikov again lowered it to 53.64 before Pakhomov took it back with a 53.56. Then in the final, Pakhomov went 53.22 to come down with the record once and for all. He was second in that race behind Nikita Korolev.

Full results are available here. Day-by-day recaps in their original Russian are available on the Russian Swimming Federation’s website at the links below:

Problem is we wonder who’s juicing? Like the East Germans and Chinese,
who believes there isn’t more of the same here?

Yes it’s Russia, but not everyone dopes..

Going a 24 in the 50 and 2:06 in the fly does not suggest any doping if they are damn that’s some weak drugs they on.

Way faster than almost anyone

Yeah anyone in Russia, those times aren’t amazing on the grand scale