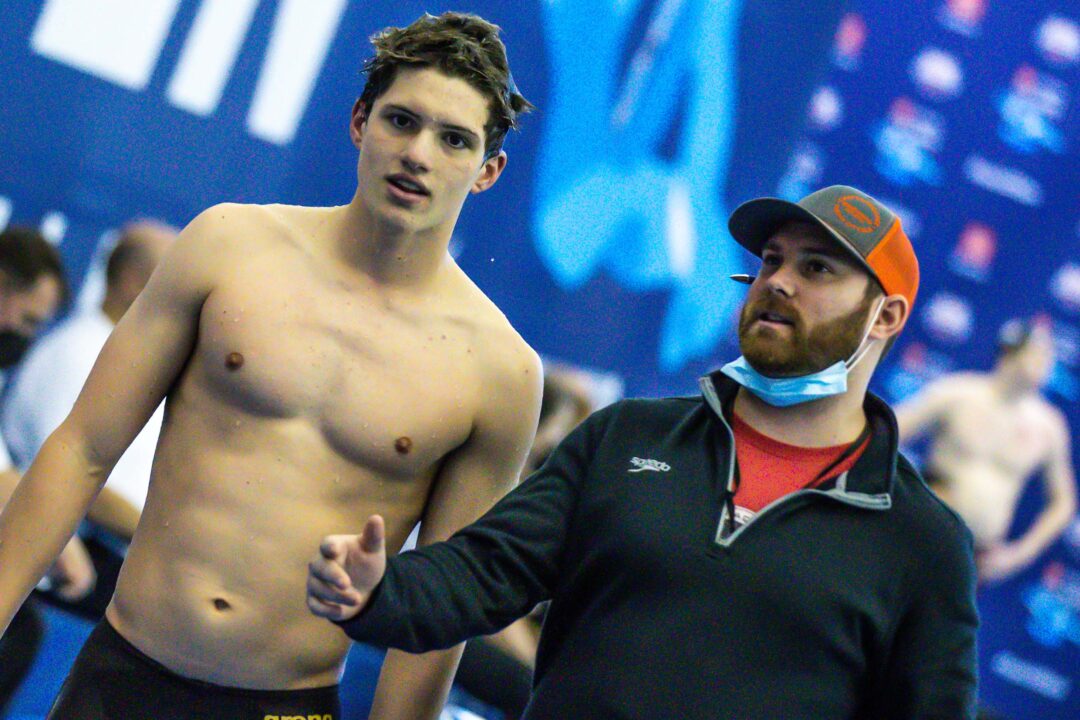 Thomas Heilman moved up the 15-16 age group ranks with a 50.58 leadoff on Cavalier's 400 free relay, while NOVA and TIDE picked up the rest of the day's wins. Archive photo via Jack Spitser/Spitser Photography

Multiple NAG record-holder Thomas Heilman has been racking up the wins this week, but for the most part had not been clocking a ton of best times recently. That changed in the 400 free relay on Saturday, when he led off the Cavalier Aquatics / Piedmont Family YMCA team with a 50.58. That took over half a second off of his previous best of 51.12, set at last December’s U.S. Open.

Individually, Heilman won his fourth individual event of the meet with a 2:00.13 in the 200 fly. Heilman set his best time in the event three months ago at the US International Trials with a 1:58.01.

The NOVA of Virginia boys went 1-2 in the 100 back. Ryan Hufford lowered his personal best by nearly a second and a half, improving from 58.82 to a winning time of 57.39. Teammate Thomas Farney shaved about a tenth of a second off of his best to take 2nd in 57.86, tying with Cavalier’s Teddy Cross.

Yet another NOVA swimmer, Nathan Szobota, hit a new personal best in his first swim as a 15 year-old, clocking a 4:01.73 in prelims before winning tonight with a time of 4:02.56.

Check out Baylor Stanton from GA. Last weekend at the 14&U championships he swam 52.52 in the 100 free, knocking Caeleb Dressel out of the 16th all time spot. This kid is a beast!

For the most part ***not*** been clocking a lot of best times so far.