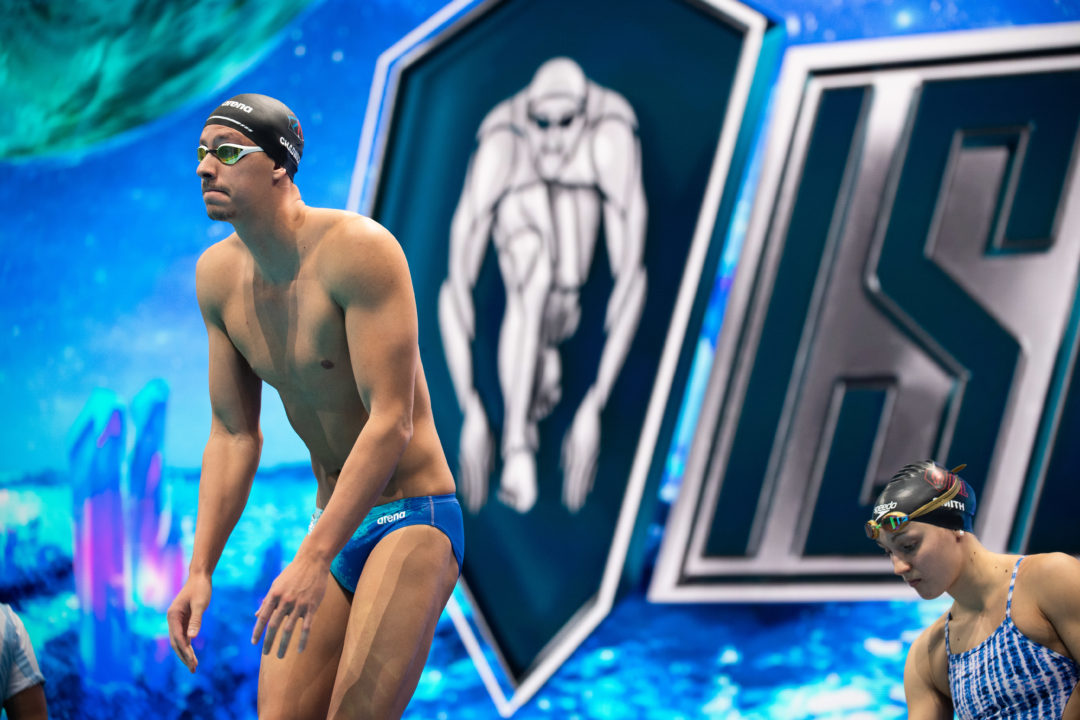 The ISL's newest innovation is its best, and the one that they needed to make the upstart professional swimming league work for a television audience. Stock photo via Mike Lewis/ISL

Anybody who follows me on Twitter knows that I’ve been rather critical of the early presentation of the International Swimming League.

While the pacing and the graphics quality of the meet are certainly novel, that’s been lost on a lot of the other problems.

While the league still has a long way to go, on Sunday they unveiled a new innovation that is, single-handedly, the best thing that the ISL has done so far: live in-race places.

Not just at the turns where there are splits.

Not just at the finish.

But live, in real time, throughout the race. Just as we proposed at the end of last season.

The places are shown as an overlay on the lane behind the athletes, almost as a tail. It’s not perfect yet, but it’s still amazing to watch.

This is the innovation that the ISL needed to make the format work for TV. Now you feel like you can watch a race and know what’s happening during the race, not just a sort of black box that emerges at the end with some points.

THIS is the future of swimming.

It’s good. Still waiting for the actual times though.

Yes agreed. They need to shrink it a tiny bit and move it back off the swimmer as it over laps them a bit.
On the split times I want to see an up or down arrow beside each swimmer to show if they moved up or lost ground the last 50.

Yes! I love this graphic!