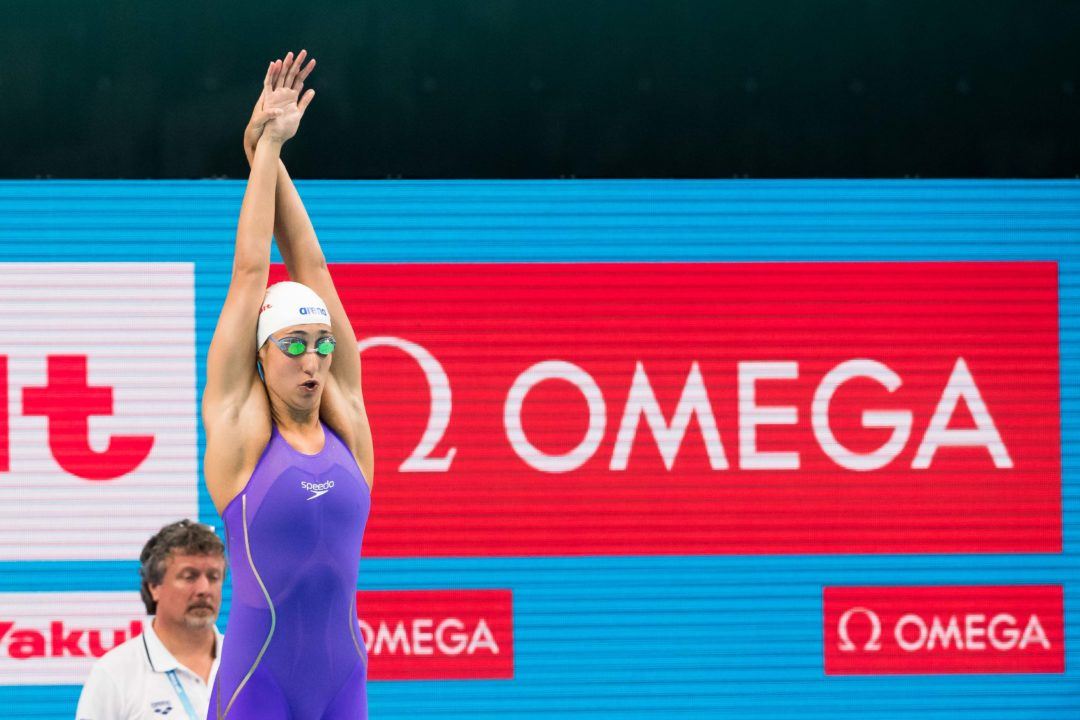 28-year old Andi Murez and her 17-year old teammate Anastasia Gorbenko have been trading records in the 100 free all season. Murez grabbed it back on Sunday. Archive photo via Mike Lewis/Ola Vista Photography

LA Current swimmer Andi Murez has snatched-back the Isareli National Record in the women’s 100 meter freestyle, thanks to a 52.26 in the 100 free. That breaks the old record of 52.36 that her countrymate, and LA Current teammate, Anastasia Gorbenko did on Saturday on a relay leadoff.

Murez set up her record swim on Sunday with a very fast 51.97 relay split on Saturday, which was the 2nd-best split on a flying start in that relay.

The 28-year old Murez took a page out of her young teammate Gorbenko’s playbook and found some new front-end speed. Coming into this weekend, that was not a common effort for either swimmer, but that aggressive front-end has served them both well so far.

I remember her at Stanford years ago. She was an important member of her team, but hardly the star. Impressive to see what an older swimmer sticking with it can do.