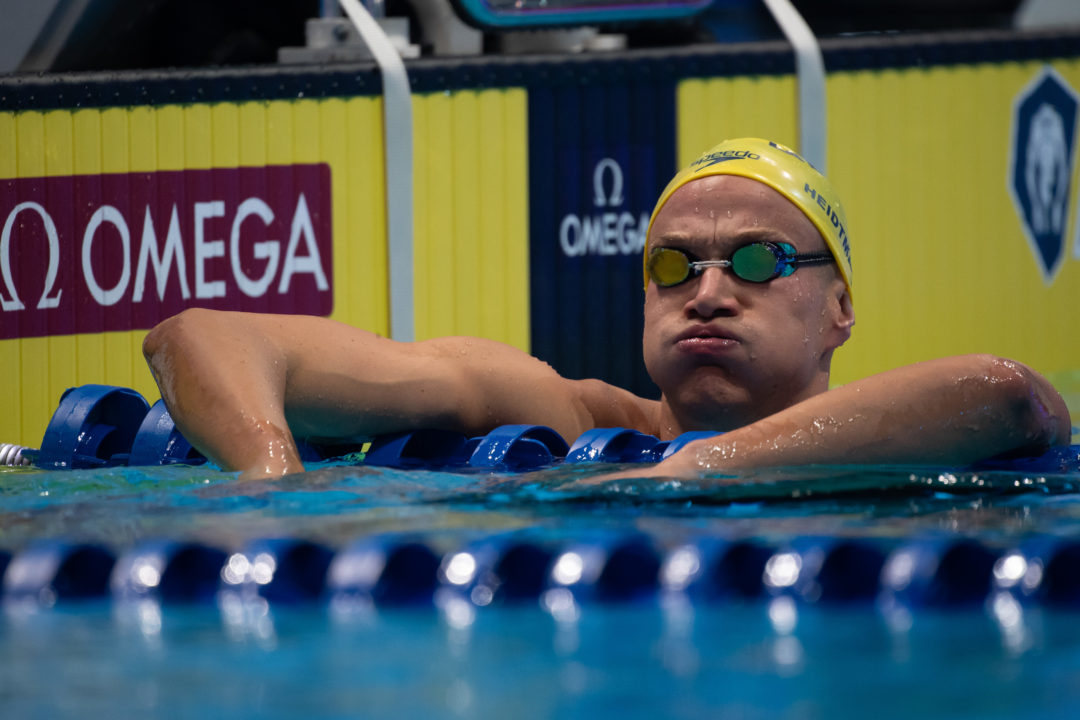 Match 3 of the ISL's third match this year will get underway today as Tokyo, Toronto, LA, and Aqua battle for the top spot. Current photo via Mike Lewis/Ola Vista Photography

On day one of ISL Season 2’s third match, returning team LA Current ended the day in first, trading the lead with newcomer teams Tokyo and Toronto. The Current’s relay was a big asset for them yesterday, winning both 4×100 medleys and the women’s 4×100 freestyle. Along with the double points from those relay wins, the medley victory allowed them to pick the stroke the skins will be raced in.

For the women’s race, they picked freestyle following LA’s Beryl Gastaldello and Abbie Weitzel’s tied victory in the individual 50 free. For the men, Ryan Murphy will get the chance to repeat what he did in Match 1 where he won the backstroke skins.

Of note, Haley Black will be subbed in as Aqua’s secondary breaststroker for the 100 in place of Arianna Castiglioni who pulled out of the 200 breast yesterday due to injury and won’t swim today. Yesterday the team didn’t swim anyone in her place, leaving them with a 4-point penalty. On the medley relay, Evelyn Verraszto swam the breast league on the Aqua’s slower team, splitting a 1:10.75, nearly 5 seconds worse than the. next slowest in the field. Black, traditionally a butterflyer, will look to improve upon this in the individual 100 breast today.

The men’s 100 breaststroke will also be a race to watch following Anton McKee‘s surprise victory in the 200 breast yesterday. McKee defeated an impressive field including Tokyo’s Shomo Sato, and LA’s Will Licon and Josh Prenot.

Following a poor start in the 50 freestyle, Toronto’s Michelle Coleman wound up third in the event yesterday but will get look for redemption in the skins race today. She will also get a shot to pick up points for Toronto in the 50 fly and 100 free.