The 2021 ISL “All-Eliminated” Team: Top Swimmers Missing From The Playoffs 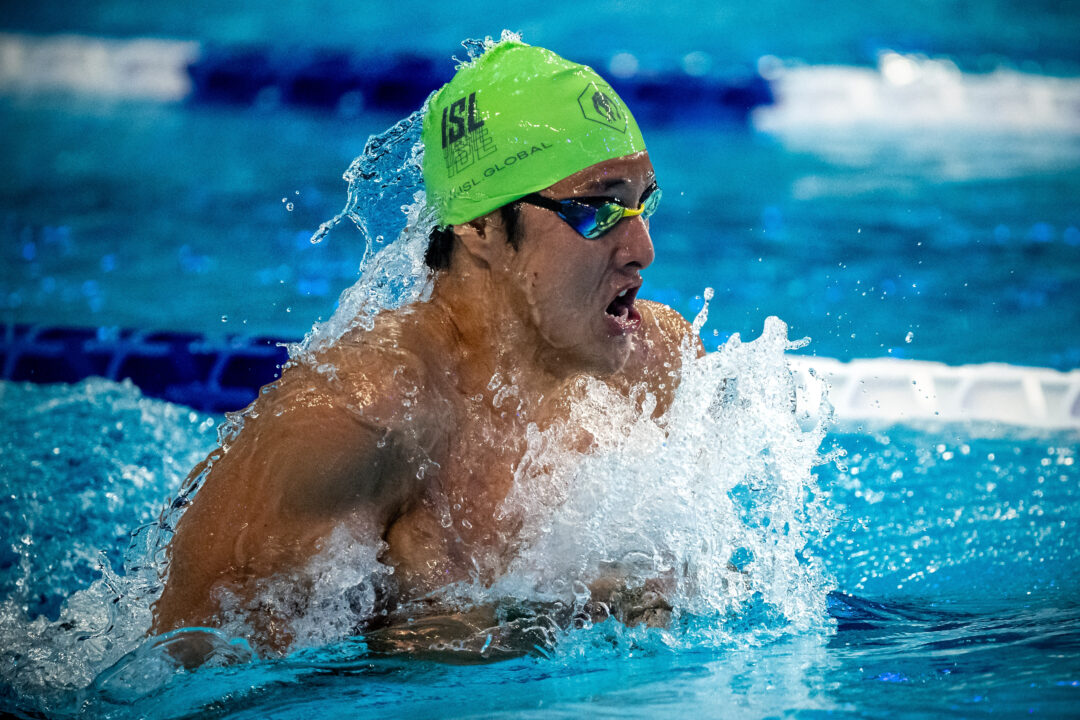 Daiya Seto was among the top performers of the ISL regular season, but he'll be absent from the playoffs after his Frog Kings club was eliminated. Archive photo via Giorgio Scala / Deepbluemedia / Insidefoto

After a month-long break, Season 3 of the International Swimming League (ISL) is set to resume on November 11 with the “Play-off phase,” a series of six matches where the top eight clubs will be whittled down to four for the league final in December.

While the ISL format brings a new team-based element to professional swimming, it also means that the biggest meets won’t have all of the best swimmers.

Two clubs, the Tokyo Frog Kings and New York Breakers, have already been eliminated from competition, and four more will bow out prior to the league final.

So as we head into the playoffs, here is the 2021 ISL All-Eliminated team, featuring the five best male and female swimmers that won’t be in action the rest of the season.

A dominant presence throughout the entirety of the regular season, Tokyo’s Daiya Seto finished atop the season MVP standings with 253.5 points—though it needs to be acknowledged he had five matches to score points in, compared to four for the majority of clubs. Seto was the league’s fifth-highest scorer prior to the Play-In Match with 220.5 points, trailing Cali Condors’ Caeleb Dressel (233.0) and Beata Nelson (232.0), and Energy Standard’s Sarah Sjostrom (228.5) and Siobhan Haughey (227.0).

Needless to say, Seto’s presence will be one that’s sorely missed during the playoffs.

Tokyo’s Yasuhiro Koseki was consistently among the top male breaststrokers over the course of the season, scoring 134.5 points over the five matches in which he raced.

Koseki won the men’s 50 breast twice and the 100 breast three times, including claiming both events during the Play-In Match when points were at a premium. With season-best times of 26.01 and 56.31 in the two races, the Japanese swimmer would’ve been in the mix with the other big names had he been in action for the playoffs.

Brendon Smith was the top male performer for the New York Breakers in 2021, winning seven individual races including a clean five-for-five sweep in the 400 freestyle. He finished with 122 points on the season, tops among Breaker men.

Smith was the season’s fastest swimmer in the men’s 400 free with a time of 3:37.11, and with the Breakers battling to avoid finishing last in all of their matches for the season, the Australian defeated Seto head-to-head in the 400 IM in the Play-In Match to help lead the club to third place. In that race, Smith dropped more than four and a half off his best time in 3:59.33.

Kawamoto was a consistent performer for the Frog Kings during the season, walking away with one victory in the men’s 50 fly in Match 2 (22.28, just off his Asian Record of 22.19 from 2020), beating the likes of Caeleb Dressel and Tom Shields head-to-head.

Kawamoto cracked 23 seconds a total of six times in the 50 fly during the season, including his effort in the butterfly skins during Match 8, where he made the final before ultimately taking second to Shields.

He was also a dynamo on relays, highlighted by his 48.74 fly split on the men’s 400 medley during the Play-In Match that led Tokyo to the event victory.

Popovici, the rising Romanian star that took the world by storm this year, did not compete during the regular season for the NY Breakers. However, if the club had qualified for the playoffs, he was expected to join them.

While Popovici is a swimmer that appears to be more suited to long course, especially given the fact that he only just turned 17 and is still building muscle, he has turned in some quick SCM times of late, setting a new Romanian Record at the World Cup in the 100 free (46.77) and in the 200 free at SC Euros (1:43.08).

Excluding the Play-In Match (to make it a level playing field with the swimmers on the clubs that didn’t compete in the extra meet), Wood scored 175.5 points, which would make her the sixth-highest female scorer in the league.

The 22-year-old won eight races over the course of the season, including four in the women’s 200 IM and three in the 400 IM (tying with Yui Ohashi in one of those 200 IMs). Having produced respective times of 2:04.94 and 4:27.76 in those two events, Wood ranked third and second in the league overall during the season.

One of the few women who could compete with Wood in the individual medley events was Tokyo’s Ohashi, who will also be missing from the action in the postseason.

Ohashi finished with 126.5 points over the five matches, winning five races, including that tie with Wood in Match 10 in the 200 IM.

Finishing close behind Ohashi in the race to be Tokyo’s top female scorer was former NCAA star Paige Madden, who clocked in 121 points for the Frog Kings.

Madden was a stalwart in the distance freestyle events, picking up a victory in Match 6 in the 400 free (4:02.84) while also showing her versatility by chipping in with swims in the 200 back, 100 IM and the free relays when needed.

Russia’s Chimrova proved to be the league’s fastest 200 butterflyer by season’s end, winning the Play-In Match in a time of 2:03.76—dipping under Kelsi Dahlia‘s league-leading 2:03.95 from Match 4.

Catie DeLoof was narrowly outscored by Chihiro Igarashi, but competed in one fewer match, landing her the final spot on the team over her Tokyo teammate.

Tokyo didn’t have many of its best swimmers competing in the first round and it cost them.

I’m far to apathetic (hence the name) to do the analysis, but where do we think a combined team Breakers/Frog Kings would’ve placed? Presumably above Iron and DC, but I’d be curious if they’d even be that competitive with the top of the league.

Because of the limit of still only getting 2 swimmers/relays per event, they’d likely still not make the final. My eyeball of it is that they’d be 5th, but I’ll ask Barry if he can run the numbers.

given that Seto ended up in the US anyways and not training in Japan, I wish he had just stayed with energy. Would have made energy even more competitive against the condors.

Ha! I like the idea of this list ;). But it does highlight that the ISL format will not feature ‘all’ of the best swimmers by event as it’s design. No different than any other pro team league. I wonder down the road if any opportunity for an ‘all Star’ session or something of the like (ie NFL pro bowl) that could both highlight the stars that are not on the playoff or finals teams, but also not take away from the team format idea.

I don’t think we need an all star session given that we get one of those nearly every summer. The whole point of those all star games in other sports is because we rarely see them all compete at the same time under normal circumstances. Whereas in swimming, that happens just about every year

Why? MLB, NBA, NFL all have playoffs and all the best players don’t make it! You want to be a pro team sport so why do you want to include them….defeating the purpose

The all stars will be in action a week after ISL finals at SC Worlds.