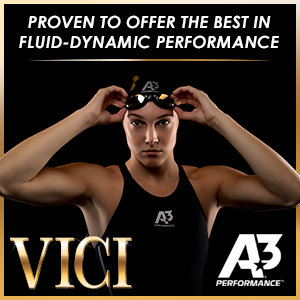 Stanford’s Allie Raab will look to sweep the breaststroke events after taking the 100 breast title last night. Teammate Zoe Bartel, however, is the top seed.

USC sophomore Isabelle Odgers won three events, breaking the WSU pool record in the 200 breast by over a second with a 2:13.04.

This morning, Shaine Casas churned out a 1:58.54 to dominate the 200 meter IM in long course, a lifetime best. He’ll be the man to beat tonight.

A couple sprint-heavy teams are rising into the top 10 in our second round of power rankings for NCAA Women’s Swimming & Diving.

Transom won the 50 free, too, while fellow sophomore Isabelle Odgers won all three of her individual events on Saturday in Los Angeles.

Louise Hansson lifts all the Trojan relays considerably, but a DQ and three 9th-place finishes sapped them considerably last year.

The fastest risers on our final power rankings: the Auburn women, who are thriving under a new coaching staff and are seeded inside the top 10 at NCAAs.

The senior, who is arguably the most versatile swimmers in the country, was 2nd in the Pac-12 in the 500 last year, but dropped it at NCAAs.