SwimSwam Pulse: 44% Pick Baker To Join Smith in 100 Back in Tokyo 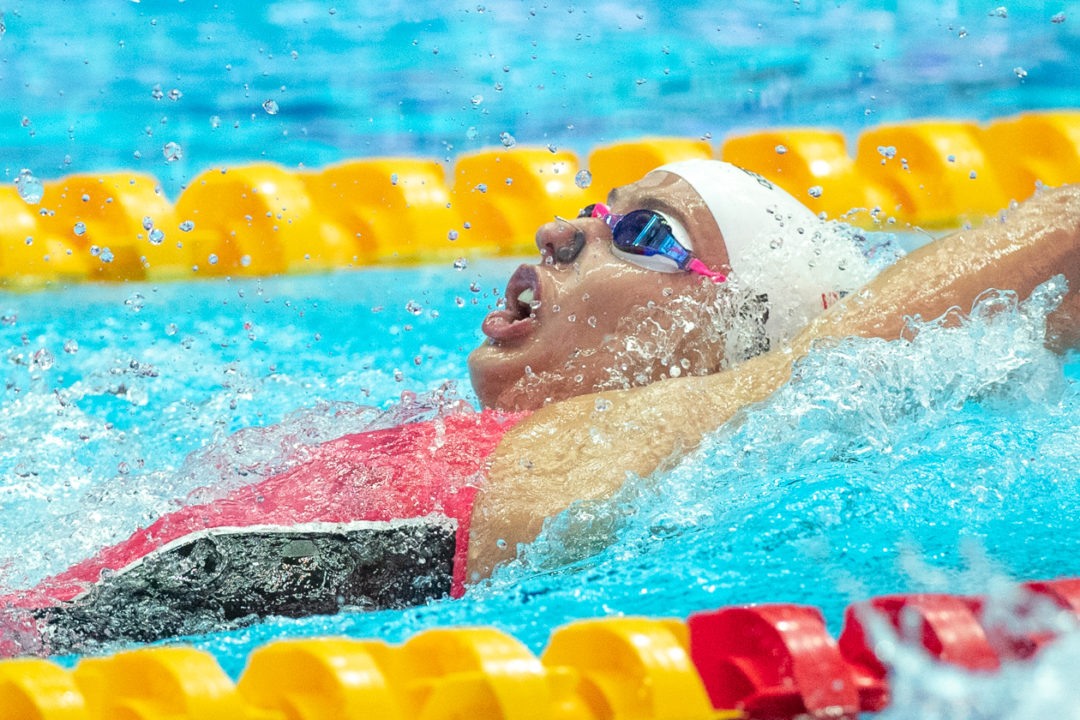 44.4% of voters said Kathleen Baker was the most likely non-Regan Smith backstroker to make next summer's Olympic team in the 100 back. Archive photo via “Rafael/Domeyko Photography”

Our most recent poll asked SwimSwam readers to pick the most likely U.S. Olympian in the 100 back, not including world record-holder Regan Smith:

44.4% of voters said Kathleen Baker was the most likely non-Regan Smith backstroker to make next summer’s Olympic team in the 100 back.

In overall context, that’s actually a fairly low figure for someone just a year removed from setting the world record in this event. Baker went 58.00 last summer and was the breakout star of U.S. Nationals with wins in the 100 back, 200 back and 200 IM.

A rib injury cut in on her training this season, and Baker was a ways off her mark with a season-best of 59.03.

Olivia Smoliga was second in this poll. She’s also the fastest U.S. performer this year behind Smith at 58.73. There’s a pretty significant dropoff from Smoliga (38.3%) to the two junior swimmers in our poll (12.3% and 5.0%), indicating that fans are still more bullish on the tested veterans (and 2016 Olympians) than the rising youngsters not named Smith.

Our poll only included the top four in the World ranks this year, stopping with the next swimmer, now-retired Elise Haan. But also under a minute this season were Amy Bilquist (59.64) and Isabelle Stadden (59.69), though Stadden might be more of a threat in the 200 back, where she’s ranked 6th this season among Americans, but only a half second out of second.

Below, vote in our new A3 Performance Poll, which asks voters who is the most likely candidate to be the top American male breaststroker by next summer’s Olympics:

Great article! Looking forward to seeing the backstroke events at trials. I believe the headline should say Tokyo, rather than Rio 🙂

I will say it again – Baker has to be the heavy favorite, she is the second fastest of all time…she should recover from the injury

The Bacon is “sizzling”.

Baker has to be the favorite. I don’t know about heavy favorite but I did think the 44% was a bit low. Everyone loves to overreact to recency. That kept Baker’s number below what it should be. Along the lines of recency, I am amused that Regan Smith is considered an automatic. Those odds would not be as high as some are assuming either. Yes, it would be massive favoritism but along the lines of 1/4 (80%), and not the 99% apparently assigned here. Not many gamblers here apparently. Tons of things can go wrong nearly a year removed. That’s why there always has to be some play in future odds. The bettor receives a bit of an apparent bonus… Read more »

You have to figure that a 17 year old has more upside than a 22 year old.

Wilson as of now