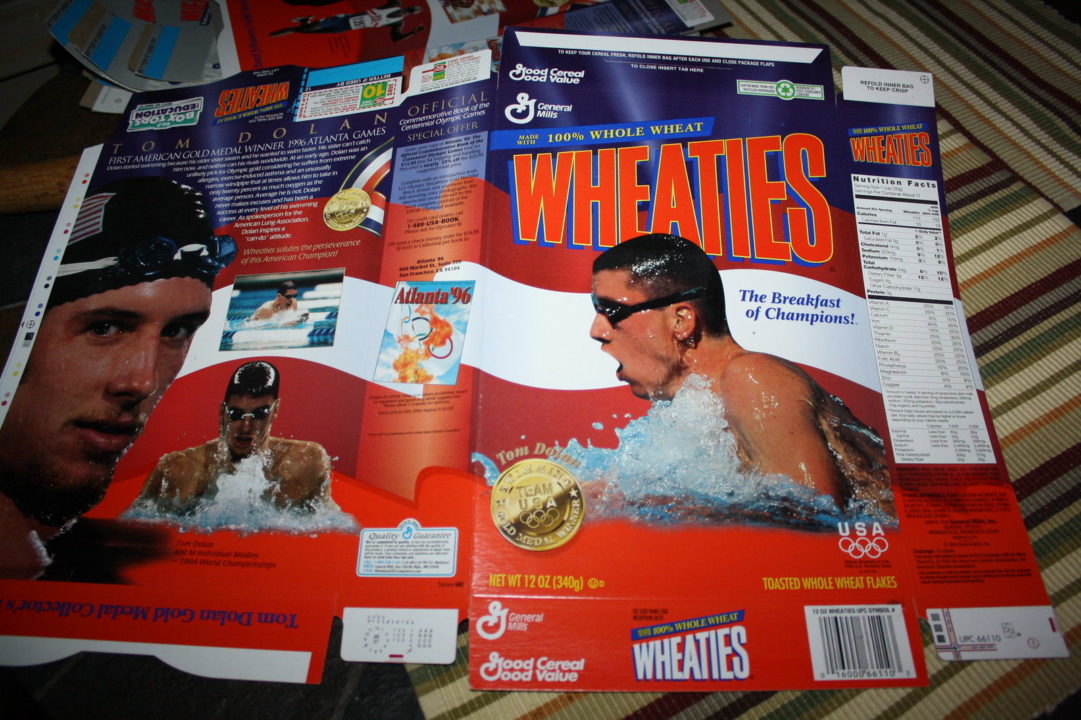 Dolan discusses the mechanics of IM, which his strategy was for beating his opponents, and what his surprisingly best stroke was.

We sat down with Tom Dolan, the master at mid-distance racing, especially the 400 IM. Dolan won back-to-back gold medals in the 400 IM at both the Olympic Games (1996, 2000) and World Championships (1994, 98). He discusses the mechanics of IM, which his strategy was for beating his opponents, and what his surprisingly best stroke was.

Dolan also dives deep into the controversy surrounding the 200 IM final at the 2000 Sydney Olympic Games, where the Italian swimmer who won gold, Massimiliano Rosolino, was suspected of doping.

awesome to hear and re-live from the insiders of insiders view TD himself. Thanks great fun

Dolan – the man… I didn’t became a Dolan diehard fan until the 4:08 500y free. That was a wow moment in college swimming history.

I was there for that swim. I believe he flipped to the feet at 1:37 at the 200 and the crowd knew something special was happening. He also swam his 1650 in the afternoon as opposed to the final.

Good point Dolan makes about how elite 400 IMers tend to stick around for a long time rather than come from nowhere, with gold medalists grinding their way through the finalist>medalist>winner process over the course of several international meets.

Interesting contrast with that other endurance fest, distance free, where you often see teen gold medalists come from nowhere to gold over just a year or two.

as a former 4IMer I really enjoyed this. Those are some crazy times for 1995 lol. But seriously I really agree with what he said about middle 200 of the 4IM being historically under-focused and under-trained. I also agree 100% with his take on how someone could beat the phelps record. The person who came closest, Lochte, did so by having an insane middle 200. It just so happens that it may have been a little too extreme and his freestyle suffered. (and tbh with a bodysuit he might have gotten the record).

Sidenote: I had always thought of tom dolan as someone who was quieter, but man that guy can talk!!

They had full leggings that weren’t textile and very floaty.