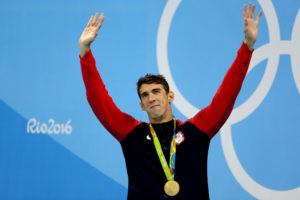 Wheaties Wonders: All The Swimmers Featured On The Iconic Cereal Box

Michael Phelps has been featured on the box three times, including receiving a “Lifetime Achievement Honor” from the company after the 2016 Olympic Games.

The younger Foster brother is now the No. 4 17-18 American man in history, as FINA only began recognizing world junior records in 2014. 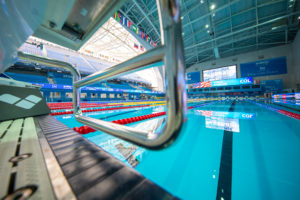 Catch some smaller stories from around the web in this edition of Beyond the Lane Lines, featuring Tom Dolan, Bobby Savulich, Cullen Jones and more.

There are probably 50 or more good candidates for the top 5 spots, but this is my list. As far as the elite swimmers go, here is my top five list, which includes nine swimmers.

Tom Dolan is a two-time Olympic gold medalist in the 400 IM and a former world record holder in the event. Simply competing on that level in one of the sport’s toughest events is quite an accomplishment, but Dolan’s severe exercise-induced asthma (he has a partially-blocked windpipe) catapults his successes into another category entirely.

Dolan was born on September 15, 1975 in Arlington, Virginia. He started swimming competitively for the Washington Golf and Country Club‘s summer swim team when he was five years old. He became serious about swimming when he joined the Curl-Burke Swim Club (now known as Nations Capital Swim Club). Despite his asthma, Dolan became one of the best age group swimmers not only in the Washington, DC area, but in the entire country. Dolan rose to prominence by “following Mike Barrowman’s work ethic and Mark Spitz’s toughness” under the tutelage of coach Rick Curl. He chose to attend the University of Michigan after graduating from Yorktown High School in 1993. By choosing Michigan, Dolan was able to train with Eric Namesnik. Namesnik had dominated the 400 IM during his college career, setting the American record in the event four times. Namesnik was already an alumnus when Dolan started college, but the two trained together and raced each other every day since Namesnik was still swimming for Urbanchek as a member of Club Wolverine. It has been reported that the two 400 IMers did not like one another although they were training partners for several years.

As the 1996 Atlanta Olympic Games loomed on the horizon, Dolan and his Michigan coach Jon Urbanchek were ready. In Atlanta, Dolan edged Namesnik to win the 400 IM in 4:14.90, earning his first Olympic gold medal. Dolan also swam the 200 IM at those Games, but he finished seventh.

At the 2000 Sydney Olympic Games, Dolan successfully defended his 400 IM title, winning gold again and breaking his own world record in the process with a time of 4:11.76. Dolan held the world record in the 400 IM from 1994 to 2002. Dolan earned another Olympic medal at the Sydney Games–a silver–in the 200 IM.