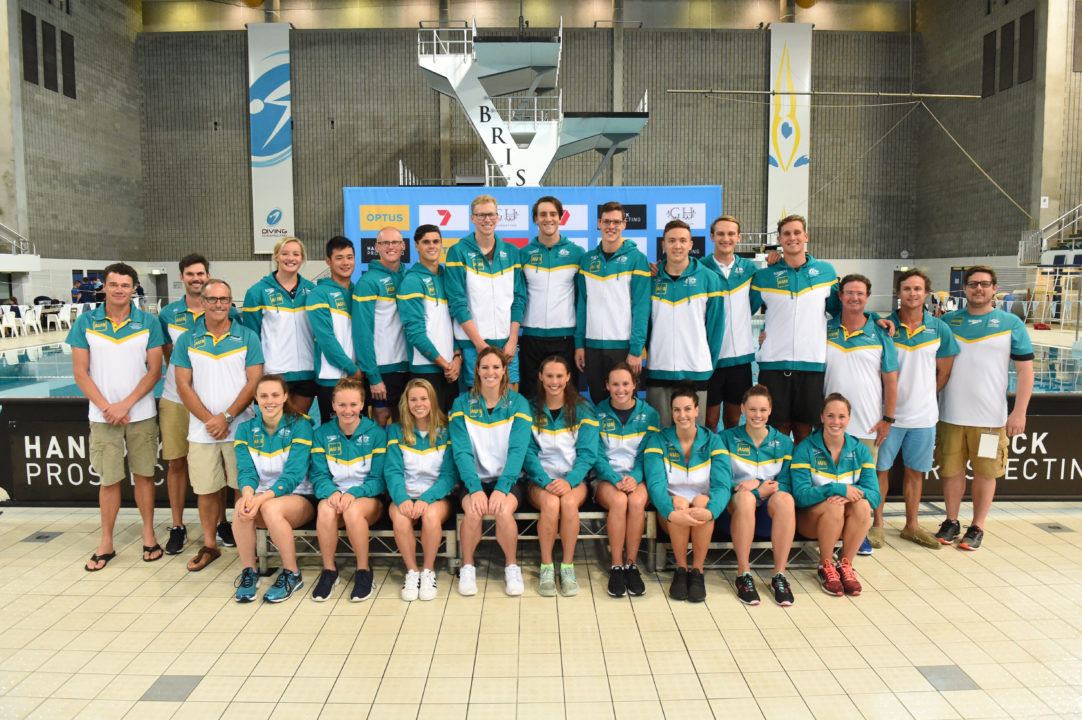 While competing at the 2016 Olympic Games in Rio, the United States saw its best overall medal haul since the 1984 Olympic Games in Los Angeles, while the nation of Australia suffered its worst Summer Olympic outing since claiming just 27 medals in Barcelona back in 1992. Despite being pegged to earn a top 5 finish among nations in Rio by its national Sports Commission, Australia nabbed just 29 medals to finish 10th in the overall standings.

Specific to the swimming squad, the Australian team carried with it into Rio current World Record Holder and the fastest 100m freestyle ever in a textile suit in Cate Campbell and Cameron McEvoy, yet both were medal-less in their individual events at the end of the meet. Emily Seebohm, Mitch Larkin and Bronte Campbell were all double World Champions in 2015, yet brought home just one individual silver medal among them. Pegged to win anywhere from 8 to 11 gold medals in Rio, the Australian pool contingency swam away with just 3.

Since the Olympics, the Australian Olympic Committee, as well as Swimming Australia specifically, have been undertaking a wide study of sorts, trying to identify what can be improved to align results with expectations come Tokyo 2020. One item targeted early on the swimming side of things was the potential altering of the timing of Australia’s Olympic Swimming Trials.

In 2016, as in years past, Australian timing involved Olympic Trials happening in April, a good 3 1/2 months ahead of the start of the Games. However, the fact that the United States carried away so much success from Rio with their team trials occurring just a month out from the start of the Games, some down under began looking to that model as one to apply to Australia.  After months of review, Swimming Australia has decided to pull the trigger on the change, moving its Trials for benchmark events, such as World Championships and the Olympics, to be just 5 weeks away from the main events.

“Our rationale behind the trials shift is to create ‘more and significant competition’ leading into our benchmark events,” said Australian Head Coach Jacco Verhaeren.

“This change will result in consistent racing in the months leading up to trials. Our system has been structured around the southern hemisphere summer, we now have facilities in warmer places and are able to host our trials closer to the benchmark events which are typically during a northern hemisphere summer.

“The majority of coaches and the people from within the system are actually very supportive, otherwise we would not have been able to achieve it. All these decisions have been made in close consultation with the coaches and that’s how it should be.”

An additional byproduct of this meet shift is a widening of the gap between NCAA Championships, the final meet of USA’s collegiate system, and an Australian Olympic Trials.  With the NCAA Championship meet held in mid to late March, an Australian Olympic Trials was typically just a couple of weeks later, leaving would-be NCAA Aussie dual athletes wanting to avoid the conflict all-together. With a months-long gap now, may we see more Australian athletes prone to joining the NCAA system? Time will tell.

Swimming Australia also announced that its Podium Centre Program will be reduced from 14 to now 9 High Performance Centers. This will result in high performance funding stretching further, yet the standard of the daily performance environment for athletes and coaches, as well as expectation on the centers, will increase.

Swimming Australia CEO Mark Anderson commented, “We are looking forward to this next phase in our high performance evolution. We have made considerable progress, both as an organisation and as an internationally competitive and respected team and importantly we have major alignment right across our sport.

“But we are far from satisfied. We always planned to make further changes in this Olympic cycle and the review has identified further changes that we need to make to ensure that we continue to progress and achieve excellence.

“We are united in delivering this next phase of improvement leading into the 2018 Gold Coast Commonwealth Games and the 2020 Olympic and Paralympic Games.

“We have the right people in the right roles and with all the key individuals in place at the start of the Olympic and Paralympic cycle, and just over 12 months out from the Commonwealth Games, we will be well placed to take the next required step to deliver on our goals,” Anderson said.

You can read the Swimming Australia Four-Year Tokyo 2020 Plan announcement on its website here.

Well said Victorian. Can someone at SAL please explain? Can we heard from the state association. The way it sound we could have 3 seasons in one year. 2 LC AND 1 SC.

Pros and cons, but very much catering for the elite. Are the short and long course seasons going to be totally flipped on their heads? Training in an indoor 25 all through summer, and only the “podium” clubs will have unrestricted access to their purpose-built indoor 50s during the winter months.

I really do hope this works, but I fear it will be at the expense of grassroots swimming, and may end up being counterproductive when there isn’t enough talent at the bottom to funnel to the top.

What and admit they were wrong?? No chance look at the personalities involved and see why.

What and admit they were wrong?? Not going to happen look at the personalities involved to understand why.

Hey what about something different. Recognise that you are COMPETING to achieve the best possible result as against attending and everyones a winner attitude. Coaches need to be harder with the support of the Board to knock some sense into those who are passengers and can threaten funding of coaches.
Common WB notes the Comm Games are not the main competition but they put more money into the sport than the AOC does so you have to support your sponsors.
The review seems pretty light on in detail for supposedly an extensive understanding the Rio failures. Thats right the outcome was poor not the stellar result that SAL keeps putting up.
We will see the usual turnover… Read more »

Whatever . I think teams are excited to get ready for the plane trip & always have an exciting planned backpacker triparoud whatever continent they are on / resort style vacation after the comp .

Its just the problem of the swimming bit in the middle . But Oz coaches have always only expected about 25% to perform . You can bring a horse to the trough but you can’t make him drink . The underperformers may get a bit of a joke but mostly it is forgotten & they are let back & it just keeps getting funnier . Then it is a pattern eg the mens 4×200 .

The American strategy of going with the “hot hand” seems to work well, but frequently the Olympic swims are a bit slower than the trials times (except for semi-tapered superstars who can qualify semi-rested). There seems to be some psychological component missing with the Aussies. The Australian staff says they think Americans do better because we have so many big pressure meets (especially NCAAs). It’s baffling how Seebohm, Larkin, and Campbell can be so dominant, then not perform at the Olympics. I wish them well because I have always liked the Australian team.

In college, the Europeans on our team told me they had difficulty with end of season championships in the US because in their home countries there rarely… Read more »

The USA used to have their trials much earlier. Canada and others just need someone like Gary Hall Jr. to help create change. My understanding that one of many reasons for the change was due to Gary Hall Jr. all but stop training after qualifying for the Olympic team. This drove many people in USA swimming nuts. Like I said though, this was just one of the contributing factors leading to the change.

Please someone in Canada pay attention. Stop penalizing your athletes in the NCAA!!