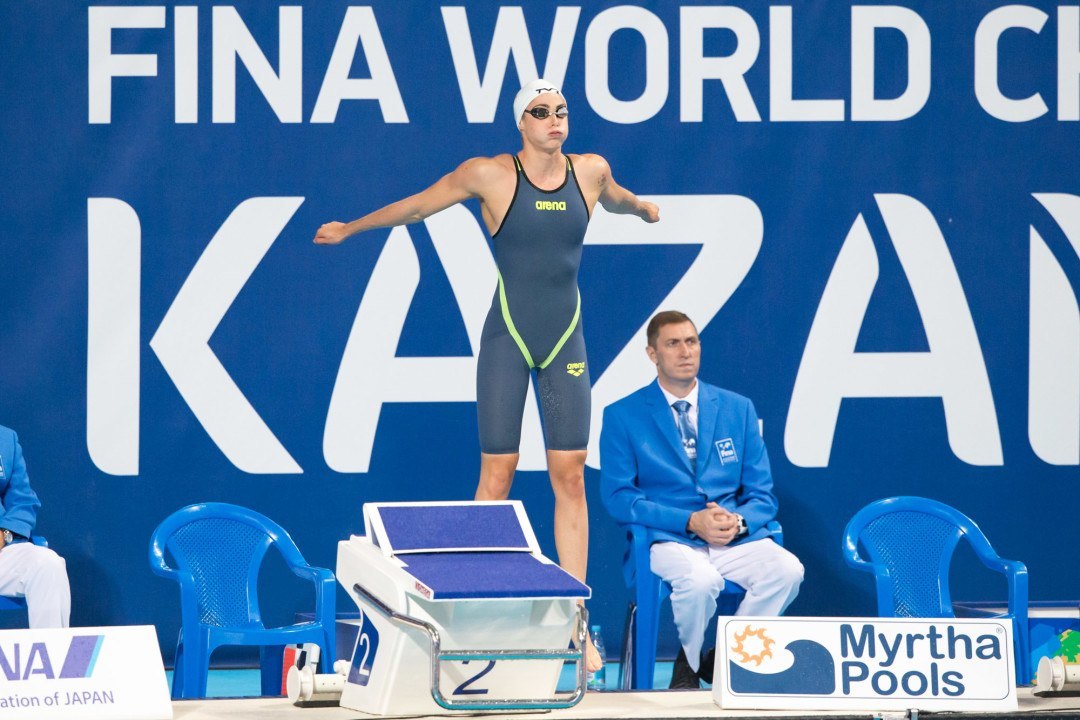 International veterans Jeremy Stravius and Mehdy Metella race to the top 2 spots in the men's 50 fly, as the swimmers were separate by hundredths. Archive photo via Tim Binning/TheSwimPictures.com

International veterans Jérémy Stravius and Mehdy Metella race to the top 2 spots in the men’s 50 fly, as the swimmers were separate by hundredths. Stravius was the fastest man of the morning, touching the wall in 23.68 to land just outside the World’s top 20 this year. Metella, who currently ranks #12 in the world, was just off his season best this morning with a 23.77.

Though she’s better known internationally for her freestyle talents, Charlotte Bonnet showed off her breaststroke skills on day 1. Bonnet led prelims of the 100 breast, clocking in at 1:09.89 to post the only sub-1:10 time of the morning. Not far behind, however, was Solene Gallego, who posted a 1:10.07 to land 2nd seed for the final.

Sprint standout Anna Santamans blasted the only sub-25 of the morning in the 50 free. Santamans cranked out a 24.93, which now ties her at #12 in the world with Italy’s Silvia Di Pietro. Behind her, fellow sprint star Melanie Henique was just over a tenth shy of her lifetime best 25.11, as she touched in 25.26.

Geofroy Mathieu is the first swimmer to book his place in Budapest with a 1:57:0 in the 200 back. His entry time is a 1:59-high, so that’s a massive breakout swim from him. Good stuff!

Mehtella and Stravius both some way off the QT in the 50 fly, though they have other, better chances later on. Santamans does qualify in the 50 free, well done her! No such joy for Lesaffre in the 400im or 100br, unsurprisingly.