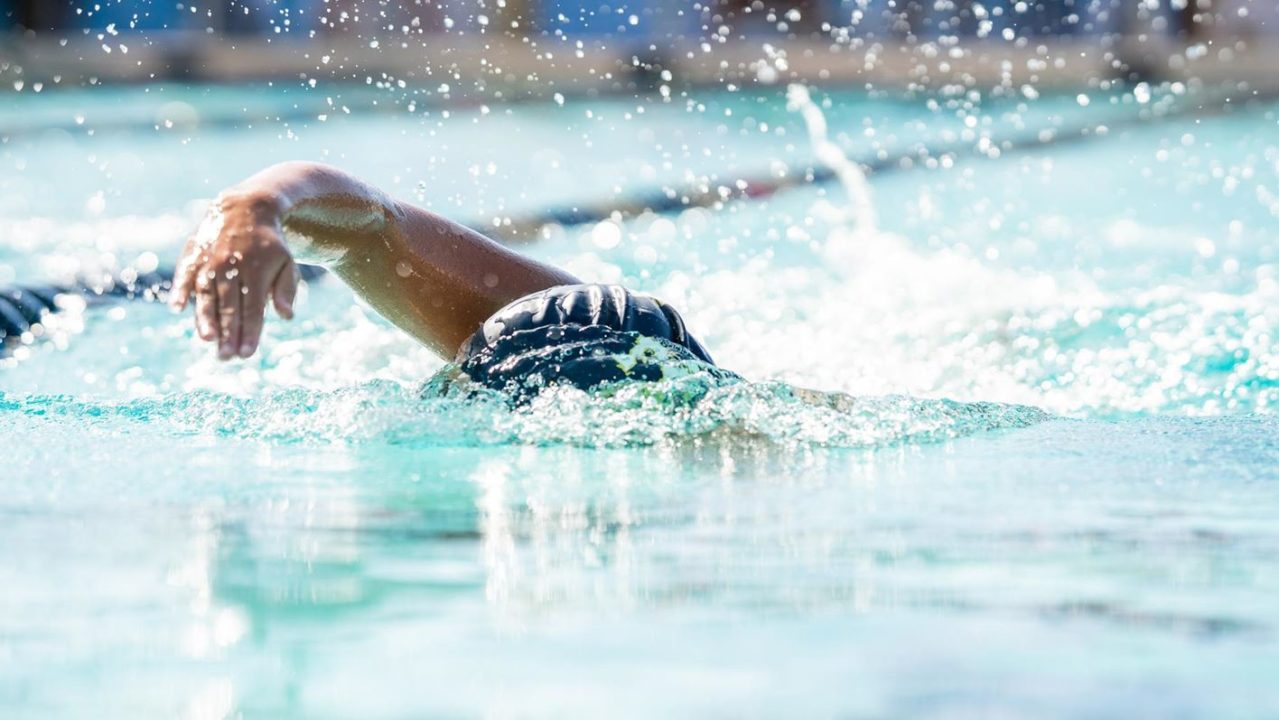 The FIU Panthers celebrated senior day with a win over in-state rival FAU. Stephanie Hussey put on a strong performance, winning 3 races individually. She started out with a dominant 200 free, winning in 1:51.95 ahead of teammate Taylor Grabenhorst (1:55.25).

In a close battle with FAU’s Sara Gyertyanffy, Hussey came from behind to get her hands to the wall first in a 56.31 to 56.65 finish. She closed out her schedule in the 400 IM. Hussey was body lengths ahead by the end of the backstroke leg and never gave up her lead as she won the race in 4:28.83.

MIAMI (Feb. 1, 2020) – In the final FIU swim and dive home meet of the season, eight seniors were honored as the Panthers picked up a win over conference foe FAU to improve to 7-3 in dual meet action.

“Today was a special day for our eight seniors. It’s great to have them go out big to end their home season like today,” said Head Coach Randy Horner.

First up on the deck was the 200 medley relay squad. The Panther team of Julia Miranda, Sara Gyertyanffy, Kelsie Campbell and Lamija Medosevic took first with a time of 1:43.97, setting the tone for the rest of the meet.

Stepahnie Hussey and Taylor Grabenhorst followed with the top two spots in the event. Hussey swam a time of 1:51.95 and Grabenhorst chased with her time of 1:55.25. Medosevic touched second in the 100 back event (57.10) while Miranda followed in third with a time of 57.82.

Paloma Sanchez touched .08 shy of the top spot in the 50 free event with her time of 24.35. Helga Fodor and Kasia Kolodziej followed in third and fourth place with times of 24.63 and 24.65, respectively.

The Panthers took the 200 free relay with the team of Nocentini, Fodor, Sanches and Medosevic (1:35.32).

UP NEXT
The divers will hit the road to compete at the South Florida Diving Invitational at the Coral Springs Aquatic Center on Friday, Feb. 7.

The divers will have one last meet on Friday in Coral Springs before the men’s and women’s respective conference championships. FAU’s men’s team will take on the Costal Collegiate Sports Association Championships from Feb. 19-22 in Knoxville, Tenn., while the women will head to Atlanta for the Conference USA Championships from Feb. 26-29. For complete coverage of FAU swimming & diving, follow along on Twitter (@fauswimdive), Instagram (@fauswimdive) and Facebook.