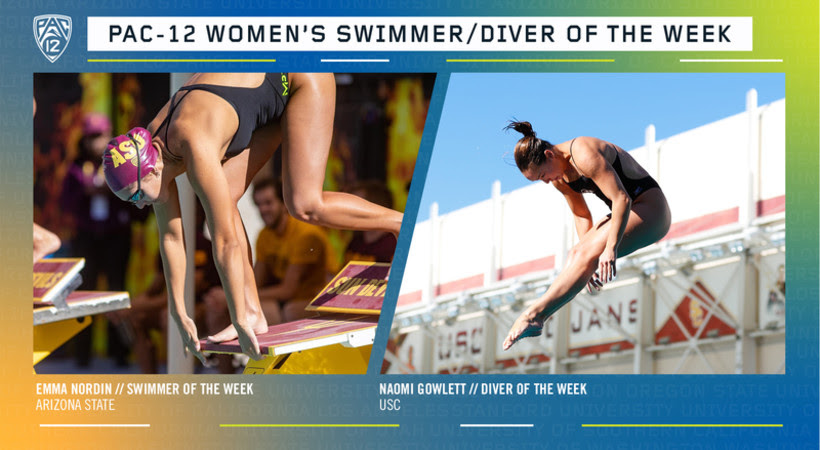 The conference announced today that Emma Nordin of ASU was named Pac-12 Women's Swimmer of the Week and Naomi Gowlett of USC was named Diver of the Week. Current photo via Pac-12 Conference

Nordin has not placed lower than second in any single dual meet this season. This is the first time this season that Nordin has been named Pac-12 Women’s Swimmer of the Week.

Gowlett took first in the 1-meter event on both days of competition, scoring 291.00 points versus Cal on Friday and 298.80 versus Stanford on Saturday. The senior’s two victories were the most in a weekend since she won three events against the Arizona schools in November. Gowlett has won the 1-meter four times this season and the 3-meter event once in dual-meet action.

This is the first time this season that Gowlett has been named Pac-12 Women’s Diver of the Week.