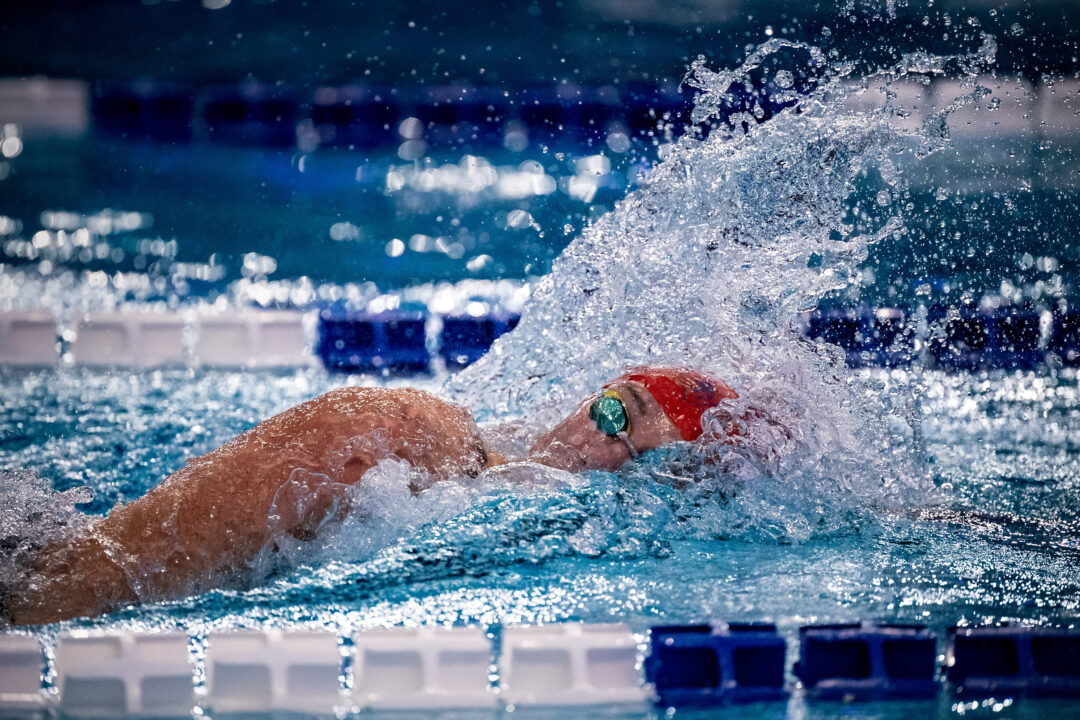 With 1 day down and 5 to go, the two sprint stars have thus far produced the two swims with the highest FINA point yield. Current photo via Giorgio Scala / Deepbluemedia / Insidefoto

The LEN introduced cash prizes at the European Short Course Championships in 2017 and has since given out prize money to the top 15 men and women at each meet. Swimmers are ranked based on their single highest scoring swim FINA point-wise and the top-ranked man and woman at the end of the meet will be awarded 25,000 €. The second-highest ranked swimmers will win 20,000 €, the third will get 15,000 €, and so on.

As we go through the meet, we’ll be keeping track of the top 15 rankings for both the men and the women to see who is en route to collect the most cash. As of day 1, powerhouses Kliment Kolesnikov of Russia and Sarah Sjostrom of Sweden lead their respective fields in terms of FINA points, Kliment Kolesnikov threw down a monster 22.57 in the men’s 50 backstroke prelim to clinch the Championships and Russian record, good enough for 954 points.

Sarah Sjostrom on the other hand had her better swim during prelims. Sjostrom posted a 23.32 in the women’s 50 freestyle heats to get within 0.02 seconds of the current meet record in the event (held by Ranomi Kromowidjojo) and 0.32 seconds off her own Swedish record of 23.00.

Michele Lamberti had a huge day of racing, which included breaking the Italian 50 backstroke national record twice, first with a 22.91 and then with a 22.79. He will advance in second place to the final behind Kolesnikov. Following the duo of backstrokes leading the men’s race, Luc Kroon had a gold medal-winning swim in the 400 freestyle of 3:38.33, scoring 918 points and downing the Dutch record. He is closely followed by Apostolos Christou and fellow 400 freestyler Matteo Ciampi.

As for the women, second place thus far is Anastasiia Kirpichnikova of Russia who powered her way to an 8:08.44 during the women’s 800 freestyle prelims, breaking her own national record and advancing first into the final. While she has yet to race the final of that event, her first swim provided her with 945 points, which is only 5 behind Sjostrom’s leading 950.

Kasia Wasick followed with her near-Polish record swim of 23.42 in the 50 freestyle semi-final. Wasick earned 938 points for that swim and will be back in the pool alongside Sjostrom for the final later on in the meet. Two Italians in the form of 100 breaststroker Arianna Castiglioni and 800 freestyler Simona Quadarella are tied for 4th place right now with their respective swims that yielded 911 FINA points each.

In addition to the prizes for top 15s, the LEN will also be awarding bonuses to swimmers who break world records (10,000 €) or European records (15,000 €). We will keep a daily tally of those record-breaking swims as they occur. As of day 1, there have no one has broken any world or European records.