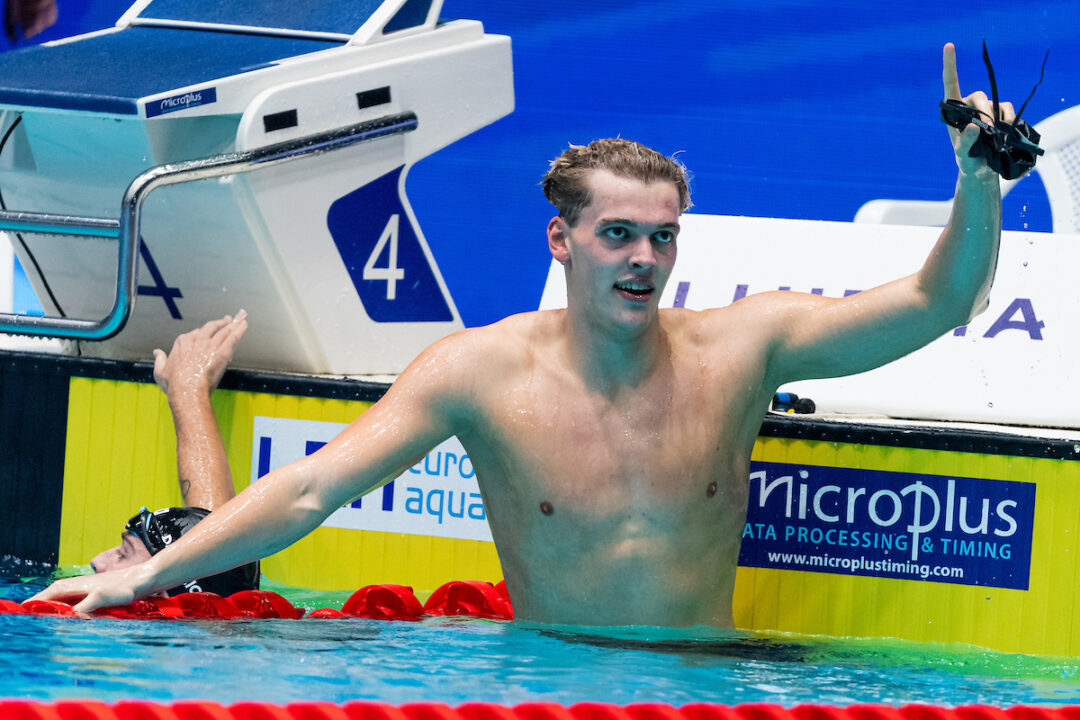 The 20-year-old negative split the 200s at 1:49.33/1:48.99, and entered the race seeded second after prelims. The prelim time difference between him and number one seed Marco de Tullio was, however, only 0.01 seconds.

While Kroon opened up the first half of the race about where he did in his last national record swim, it was that big negative-split backhalf that made the difference here. He was about a second-and-a-half better in the last 200 on Tuesday than he was in Berlin.

Be it intentional or not, that’s a new pacing for Kroon, as he doesn’t usually split his 400 free all that flat.

Kroon has held this record continuously since December of 2020. Prior to that it belonged to Maarten Brzoskowski at 3:39.91.

He’s also a strong butterflier, though Dutch butterfliers Nyls Korstanje and Joeri Verlinden own the butterfly records. Kroon, however, has the 200 SCM fly junior record, also set in 2017 at 2:05.40.

You can catch the rest of the day one finals recaps here.

This was a monster swim for him, and shows that he’s one to be reckoned with in the lead up to Paris 2024. One of the three young amigos for the Dutch: Kroon, Simons and Corbeau. Together since 2017.