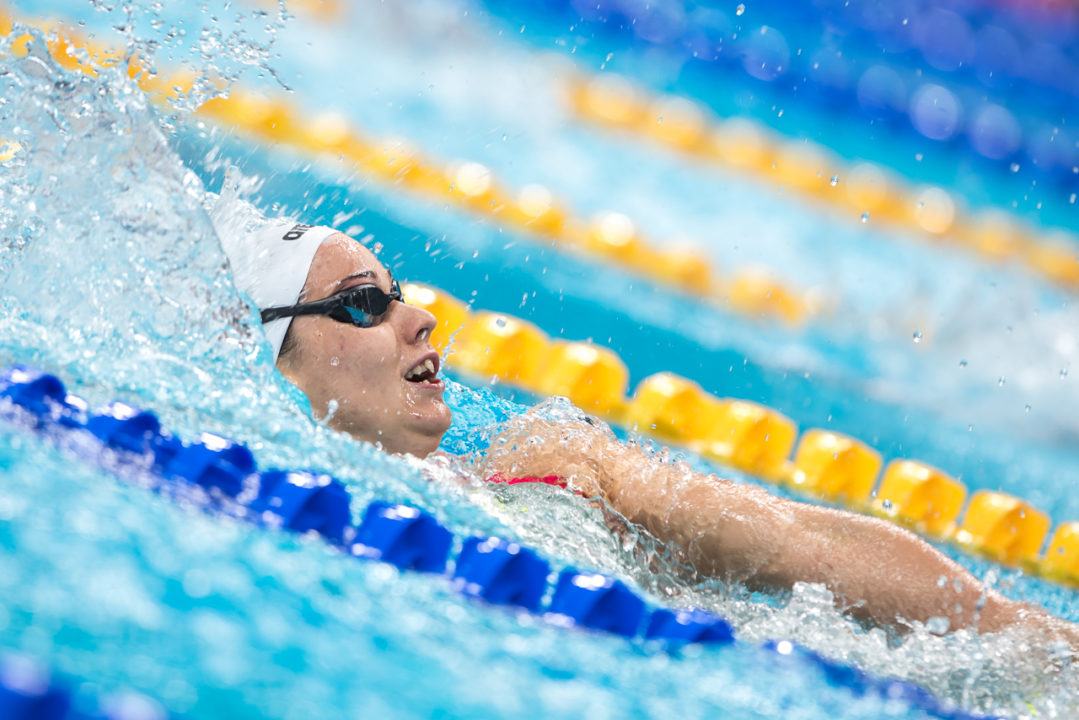 Katalin Burian, who placed 7th in the 200 back at last week's European Short Course Championships, has tested negative for COVID-19 two days in a row. Archive photo via Peter Sukenik/www.petersukenik.com

Hungarian swimmer Katalin Burian has tested negative for coronavirus twice, and is therefore allowed to leave her quarantine in Kazan, Russia and return home to Hungary.

Burian tested positive during last week’s European Short Course Swimming Championships in the city, and under meet and local regulations, was required to quarantine in her hotel room. Burian, who was vaccinated, experienced mild symptoms of COVID-19, and still hasn’t fully recovered. She says that her first activity was a 20-minute walk, and that even that was enough to leave her tired.

European Championship protocols required 14 days of quarantine, the expense of which was not to be covered by organizers, in the event of a positive test. While the event’s protocols did not allow for any ‘get out early’ card, Burian says that after testing negative for two consecutive days, she was allowed to leave her hotel room following six-and-a-half days of isolation.

Burian will travel home to Budapest on Thursday.

Burian documented her experience in quarantine, saying that the federation handled the expenses associated with it, providing her with “medicines and everything she needs.”

She has been communicating with local doctors and hotel staff, who don’t speak English, through a Russian woman who serves both as translator and in helping Burian get what she need.

“Spiritually, the first few days were bad, but my loved ones helped me a lot and kept the soul in me,” Burian said after her first negative test Tuesday. “The days go by slowly, but I’m fine. I sleep a lot, eat well, read, and have watched all of the dog and cat videos that exist online.”

Burian says that hotel staff has been very helpful, sending her flowers and bowls of fruit.

Burian said she began to feel sick before the 200 backstroke final when she placed 7th. She is one of two Hungarian swimmers who ultimately tested positive for COVID-19, along with two members of the staff, though the identities of the other three have not been revealed.

A group of Hungarian swimmers returning home from a training camp very early in the pandemic were among the first international elite swimmers to have announced positive cases for COVID-19, though many more have since tested positive.