Shouts From The Stands: Swimmers During COVID-19 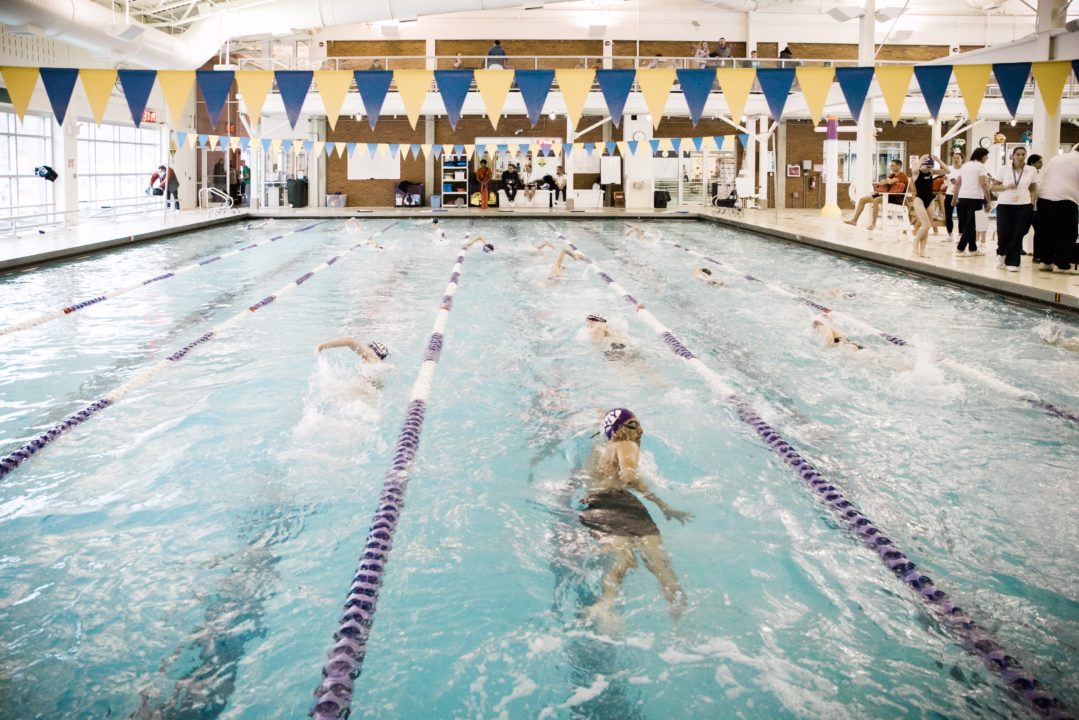 Ultimately, the pain that we suffer from swimming, even if it’s the first week back, is far less than the pain of sitting at home and doing nothing. Archive photo via Jerry Zheng

This “Shouts from the Stands” submission comes from Jerry Zheng, a high school sophomore who competes for for the Somerset Hills YMCA Swim Team as well as the Ridge High School Boys Varsity Team.

It all started for us when the United States was hit with the first case of COVID-19 infection on January 20, 2020. Many were unaware of the consequences that this small, invisible enemy would bring. According to John Hopkins, there are more than 7.5 million confirmed cases, more than 2 million of that official number in the US.

For we swimmers, who spend 10-20 hours or more per week in the pool, swimming is a huge part of our lives. During the first few months of 2020, I was often hitting the pool six days a week and lifting on the weekends. When I stare at the black line on the bottom of the pool, contemplating life and deciding whether or not I will jump in when the clock hits 0:00, I force myself to do it anyways. As I hit the bone-chilling water along with many others, it feels like I can forget all my worries and stress and just keep swimming.

I know there is a 6000-yard mid-free workout ahead of me, but I don’t care. I just want an escape from the real world, an outlet from reality where I’m alone with my thoughts. All I can hear is the sound of water sloshing around me; all I see is the black line at the bottom of the pool through a foggy goggle lens. Despite all the pain and tears, despite our bodies being constantly broken down by hard sets, swimmers survive, swimmers persist.

The swim season in the U.S. came to an abrupt end as states shut down. In New Jersey, Governor Murphy declared a state of emergency on March 9. Pools shut down across the state on March 13. I remember the last practice I went to was on March 9. My parents then urged me to stay home. I remember the last practice was a taper practice, around 3500 meters, as we were preparing for our state championship meet that weekend. It was supposed to take place at Franklin & Marshall College in Pennsylvania, but their campus had shut down.

Then it was moved to Ocean County YMCA in New Jersey, where meet officials had stated that the meet was supposed to have taken place that weekend – with proper sanitation. The meet was our last hope, as every meet in New Jersey had been cancelled except for states. Then came postponement. New Jersey Swimming gave a statement saying that they hoped to reschedule them in April. Of course, that didn’t happen.

On the morning of the first day of the meet, a Thursday, the meet scheduled to start early afternoon, the officials canceled. The swimming season was over. My team made an unofficial meet called SHY Corona Cup, which gave an opportunity for all state swimmers to compete. It was a SHY hosted meet and many people added time despite being tapered, shaved and wearing tech suits. I know that Berkeley Aquatics Club had done the same thing and hosted a last chance meet for their swimmers. But it is not the way to end a season. Worse still, I didn’t even get the chance to go.

Now, as we continue to struggle with the days in quarantine and dealing with the stress of online school, it feels like a huge chunk of our lives has simply been taken away. Our chlorinated hair is cut by our own hands, the goggle marks on our faces that identify us as swimmers have faded. Our suits are washed and dried; goggles stored away with caps and towels. Our equipment bag is sitting there collecting dust. We forgot how to swim and can’t even imagine doing a flip turn with six good underwater kicks off each wall.

So this is why Andy Moss and I started a petition to reopen pools in New Jersey for competitive swimmers. Even though it is only a petition to Governor Murphy of New Jersey, we hope to inspire swimmers in other states to take action as well. We understand the concerns of reopening. Some say that there was no reason to close the pools in the first place, especially for competitive swimmers due to the nature of our sport and the treated element in which we swim. Firstly, CDC guidance states: “There is no evidence that the virus that causes COVID-19 can be spread to people through the water in pools, hot tubs, or water playgrounds. Additionally, proper operation of these aquatic venues and disinfection of the water (with chlorine or bromine) should inactivate the virus.”

Secondly, closing pools indefinitely shatters every swimmer’s hopes and dreams to become the best they can be. For motivated swimmers or high school swimmers who want to get into a good college, this is devastating.

I personally know many swimmers who were very close to qualifying for States or Nationals and they were ready to put up best times at meets – they prepared for this moment with a whole season of hard work and dedication; pushing through a 6000-meter practice after a long day of school is no easy task for anyone, yet they all powered through and were all geared up with expensive tech suits that were used once a year to help them to prove their worth. The cancellation of these meets as well as the discontinuation of practices ruined their season and for some, might ruin their entire swimming career.

There are possible ways to get back into the water. Teams will follow USA Swimming guidelines and allow elite swimmers to return to practice at first to help ensure physical distance rules are adhered to. Some of those measures were used by Phoenix Swim Club to help swimmers to return safely.

Locked out of water, swimmers are doing dry land exercises: body weight workouts that target muscle groups and were meant to be done alongside swim practices to strengthen muscles. However, many swimming muscles are simply not used on land, and these muscles break down and begin to lose mass as we spend an extended period of time out of the water. As many swimmers know, taking a week off is hard enough to recover from, but 3 months feels like a ridiculously long time.

Even so, I am not defeated.

After watching the Swimming From Home Talk Show with Annie Lazor and reading about her story, I felt inspired. In short, she went to the 2016 Olympic Trials, didn’t do well, then quit swimming for over a year before thinking about going back to swimming as a professional. It took her a little over a year to get back to where she had been before the break. Now she is the second fastest American in the 200m breaststroke and 9th fastest all-time in that event. She works under the guidance of coach Ray Looze of Indiana University, home of Olympic champion Lilly King. A good coach is also necessary for guiding swimmers and helping them through tough times.

To put it simply, we all want to get back in the water, no matter how painful. All dedicated swimmers understand that the first few weeks will be hard, but we have to power through them. Ultimately, the pain that we suffer from swimming hard is far less than the pain of sitting at home, doing nothing and breaking the water.

Jerry Zheng is a sophomore from Basking Ridge, New Jersey. Jerry swims for the Somerset Hills YMCA Swim Team as well as the Ridge High School Boys Varsity Team, and has been swimming since the age of 11. His hard work and dedication to swimming have assisted the Ridge High School Boys Swim Team to place third in the Skyland Conference and fourth in the Somerset County Championship.

Great article. I feel for the high schoolers – especially, the rising Juniors and older. I think the younger crowd will be fine and probably benefit through other “forced” activities. This could be what prevents the younger crew from burning out later. Happens in our sport and others. But for the kids trying to get recruited it’s tough physically and the state of swimming in college is very much in flux financially. Of course the big programs will always be ok- but that’s not most swimmers’ target schools. I guess the best way to approach getting back into the water is technique and fun. Forget meets for now (those are in flux too). Swim for the love of it and… Read more »

4
0
Reply
Person of a little bit of color

This kid trains so much I wonder what his times are

Why do his times matter?

Great article. Everything here is so relatable and deep, having lived so much of it (yes the last time I swam was on 2/29 and then my parents made me stay home.) I can only imagine what it will feel like to get back into the water.