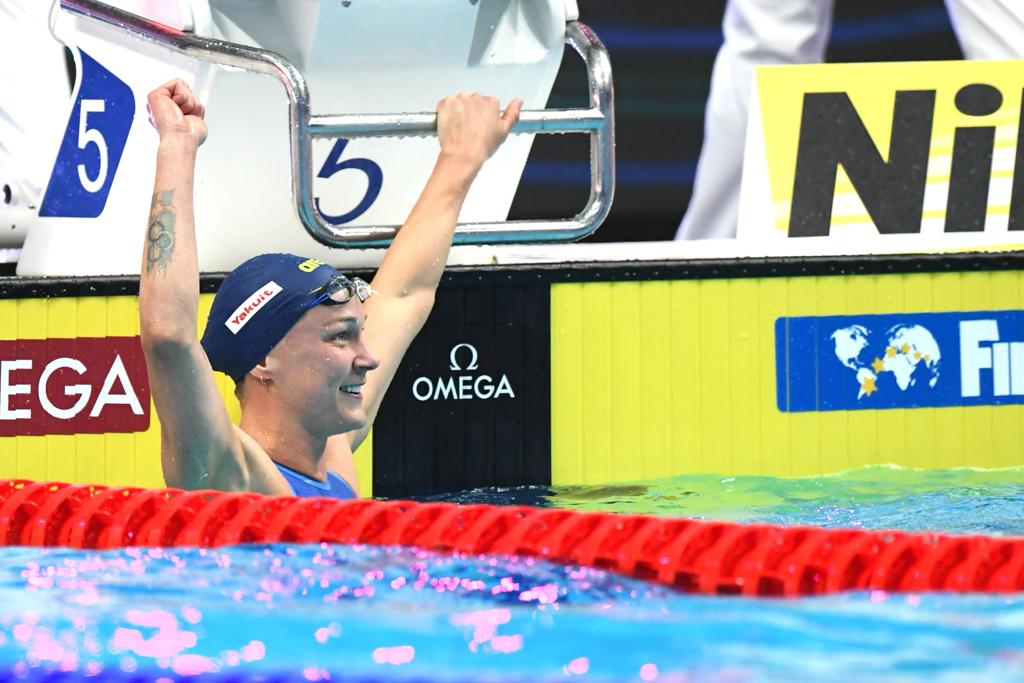 Sarah Sjostrom and Kira Toussaint both attended an event sponsored by swimwear brand arena after Worlds. Noe Ponti, who also tested positive, was at that event too. Archive photo via Fabio Cetti

Star swimmers Sarah Sjostrom and Kira Toussaint have both now announced positive tests for COVID-19. They are at least the second and third swimmers who attended an arena brand event in Budapest after the conclusion of competition at the World Championships, along with Noe Ponti, who also has announced a positive test after the World Championships.

Sjostrom won gold in the 50 free, silver in the 100 free, and gold in the 50 fly at the World Championships, skipping her specialty event the 100 fly as she continues to work back from a fractured elbow suffered in February 2021. According to her Instagram story, this is Sjostrom’s first time testing positive for COVID-19.

Individually, she placed 6th in the 100 back and 8th in the 50 back. She also swam the backstroke leg on the Netherlands’ bronze medal winning mixed 400 medley relay and their 5th-place women’s 400 medley relay.

While none of the athletes indicated any severe symptoms in their posts, each of the three are only six weeks away from competing in the European Championships in Rome. As we saw from athletes like American breaststroker Lilly King, that time out of the water and recovery even from mild symptoms can impact athletes’ performances at meets.

Midway through the meet, FINA confirmed that eight swimmers had so far tested positive for COVID-19. That includes at least one other medal winner: Australian Lani Pallister. The COVID-19 protocols in Budapest were more relaxed than they were for the last major FINA event, the World Short Course Championships in Doha last December, but still required testing of all participants.

Early in the meet, only the Chinese team was seen consistently wearing masks, though more athletes could be seen wearing them later in the event.

So Toussaint didn’t medal. But did medal in the relay?

Popovici was also there, as well as Lydia Jacoby.

I think Kamminga was there as well