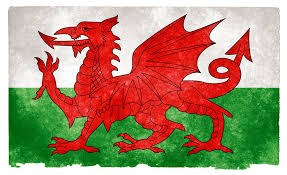 Welsh swimmer Daniel Jervis entered the 2022 Commonwealth Games as a big favorite in the 1500 free, but he withdrew from Tuesday morning's preliminary heats.

Swimmer Daniel Jervis has withdrawn from the remainder of the 2022 Commonwealth Games due to the lingering effects of a COVID-19 infection two weeks ago.

The 26-year old Jervis, who represents Wales at the Commonwealth Games, placed 8th in the 400 free earlier in the meet. He was scheduled as the top seed in the men’s 1500 by a pretty big gap – the event is not a strength of Commonwealth nations at the moment – but has withdrawn.

Jervis explained his decision in an Instagram post, saying that he hasn’t had time to recover from an infection two weeks ago.

“Personally, I have worked so hard to keep away from this illness, staying away from family and friends for months, while missing out on so many special occasions,” he posted.

“I came to Birmingham to achieve one of my lifelong sporting dreams for myself and my country, but to underperform because of illness is something that I as a professional athlete am not prepared to do.”

Even an off-peak Jervis would have easily cruised into the event final. His lifetime best is 14:46.51, and his best this year was a 14:48.67 86 at the World Championships, where he placed 7th.

The fastest qualifier from prelims was Australian Samuel Short in 15:02.66. The next-best swimmer was Kieren Pollard of Australia in 15:23, and the 8th qualifier was India’s Kushagra Rawat in 15:47.77.

Based on best times, it will probably take 14:50-high or 15:0-low to medal in the event, though, and it’s not clear that Jervis had the support for that.

While the current Omicron variant of COVID-19 is much less deadly than prior variants, especially for individuals in Jervis’ demographic, it spreads much more easily than previous variants and can still cause illness. We saw a number of swimmers impacted by the virus at the World Championships as well – including big names like American Lilly King and Briton Duncan Scott.

SwimSwam’s Ben Dornan, who is at the meet, observed that the Australian team has begun wearing masks, but otherwise most of the athletes are unmasked. He also says that Australia’s mask usage increased as the meet went on, which we also saw from them at the World Championships after a positive test within the team.

Jervis is a two-time Commonwealth Games gold medalist, winning silver in 2018 and bronze in 2014. He was also a member of the British team at the Tokyo 2020 Olympic Games, finishing 5th in the 1500 freestyle.

Jervis’ full statement is below: