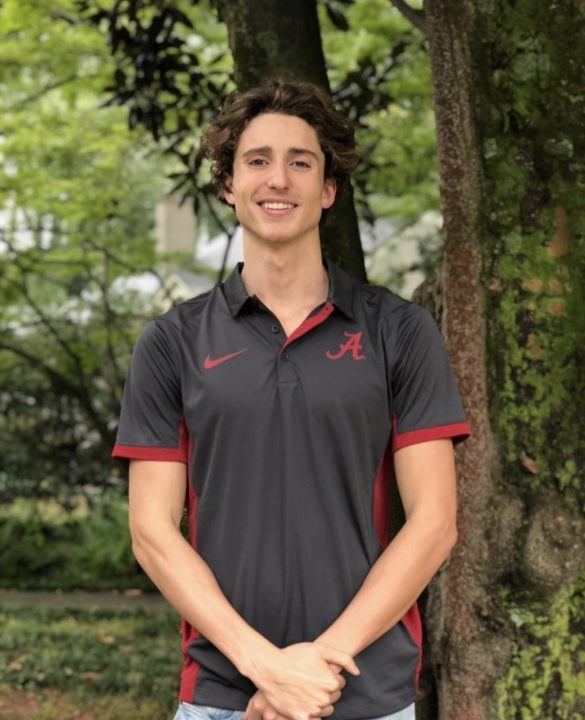 SEC runner-up Liam Bell has decided to stay at Alabama after entering the NCAA transfer portal in mid-March, multiple people close to the situation have confirmed to SwimSwam.

In his rookie season, Bell finished 2nd at the SEC Championship in the 100 breaststroke and 4th in the 200 breaststroke. In total, he scored 63 individual points for the Crimson Tide, which made him their 4th-best scorer en route to a 4th-place finish overall at the meet.

Under first-year head coach Coley Stickels, Alabama had a very young core to their program last season. While their top scorer, and 50 back World Champion, Zane Waddell exhausted his eligibility, the team’s next 9-best scorers at the SEC Championships were all underclassmen, most of them freshmen and sophomores.

LIFETIME BESTS WHILE AT ALABAMA

While many programs have internal policies about athletes being removed from team activities when they enter the transfer portal, entering the portal does not require an athlete to transfer. The tool was developed originally as a digital compliance tool to help compliance administrators manage the transfer process from start to finish.

This, in addition to having to send paperwork to each school the student-athlete eventually contacted, created an administrative burden and inefficiency that the portal was designed to reduce.

Schools can reduce or stop giving athletics aid at the end of a term where a request was made to enter a transfer portal; once a student-athlete has withdrawn from the portal, schools can also add them back to their roster and restore athletics aid, if they choose to.

Bell is originally from Atlanta, Georgia, where he attended Druid Hills High School. In high school, he was the youngest male swimmer to qualify for the 2016 U.S. Olympic Trials, and was the 2019 US Junior National Champion in the 100 meter breaststroke.

Last summer, before beginning competition for Alabama, Bell was the 20th-ranked American in the 100 breaststroke in long course with a 1:01.19.

Guess coley isn’t too bad after all. Unlike the comment on the original post would leave you to believe.

Epic prank bro. You even got me with this one lol

He had me too bro