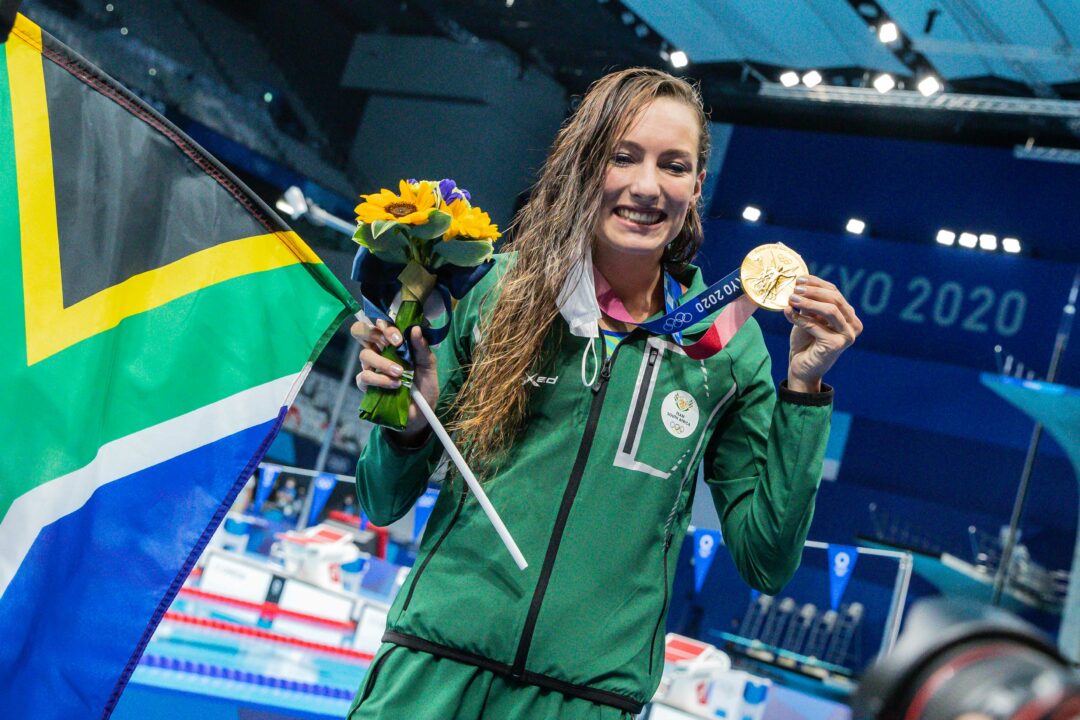 South Africa's Olympic champion Tatjana Schoenmaker will be receiving another reward for her world record-breaking performance in Tokyo this past July. Archive photo via Jack Spitser/Spitser Photography

In addition to the R850 000 (~$58,000 USD) prize given to her by the South African Sports Confederation and Olympic Committee (SASCOC), Schoenmaker has been given a reward by the global Tokyo Olympics and Paralympics sponsor Toyota.

Toyota has announced it will be giving Schoenmaker another monetary bonus of R150 000 (~$10,600 USD) for her 200m gold and 100m breast silver. The nation’s surfer silver medalist Bianca Buitendag will also be receiving an additional bonus, as are Paralympians Anrune Weyers, Pieter du Preez and Louzanne Coetzee.

“It is customary for some nations that send their most talented athletes to the Olympic and Paralympic Games to reward their medallists. And since Toyota South Africa has long emphasized its role as a responsible corporate citizen, the incentives we are announcing are simply in line with that commitment,” senior vice president of sales and marketing at Toyota South Africa Motors, Leon Theron, said in a statement.

There was a time when Schoenmaker was about to walk away with zero compensation from her own nation. We reported last month Schoenmaker was at risk of not receiving a predetermined medal bonus due to financial difficulties within the SASCOC. Since that original post, the SASCOC took to the media to assure both athletes and fans that the organization did plan on issuing monetary awards.

Actually, Lilly did her best ever silver-medal LCM 200 Breast, though she got bronze in the 100.

She still denied Lily . But this is about Tanja & with her Finance degree in 2020 she should be able to write a Masters on the dynamics of Sth African sport economics .

So awesome to see Toyota do this when they don’t have to. Tatjana secured the bag 💰

Glad for her and our sport!

Very cool of them!