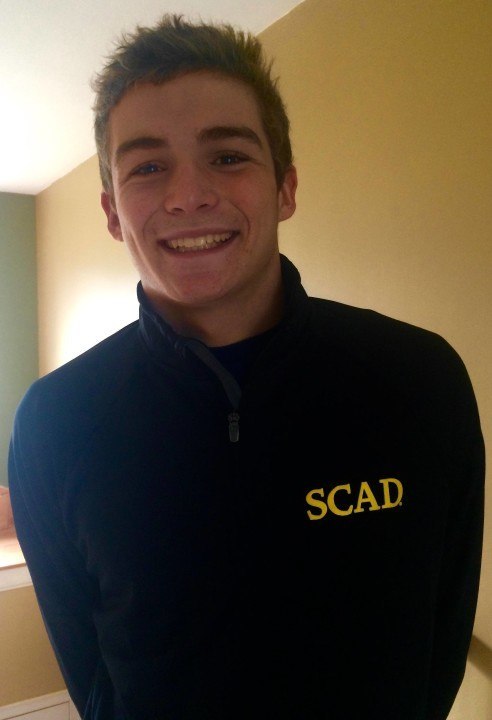 Mason Manta Rays' Joel Thatcher will be a Student/Artist/Athlete at SCAD Savannah next year. Current photo via Geoff Thatcher

With his verbal commitment announced via a cartoon featuring his alter ego “Big Nose Man,” Ohio’s Joel Thatcher will be heading south to swim for The Savannah College of Art & Design in the NAIA next fall.

Thatcher is a senior at Mason High School, and was an integral part of the Comets’ 10th place team finish at the 2015 Ohio State High School Division I Championships last February. Thatcher finished 14th in the 200 free and fifth in the 500 free, and swam a leg on Mason’s fifth-place 400 free relay. He also swims under head coach Ken Heis at the Mason Manta Rays, where he has had a huge breakthrough over the last two years. This past summer, in particular, was one of giant strides; Thatcher earned Junior Nationals cuts in the 200m, 400m, and 1500m freestyles as well as the 400m IM.

Below are the progressions in his best events:

Thatcher will fit nicely into the SCAD middle-distance group headed by NAIA national record-holder Joel Ax; the two Joels will have a year over overlap before the younger Thatcher will be counted on to take the reins. SCAD competes in the Bluegrass Mountain Conference, a swimming-only, coach-led conference dominated by Division II powerhouses Queens and Wingate and Division III powerhouse Johns Hopkins. Thatcher’s best 500 free and 400 IM would have made the A finals and his 200 free would have been B final-worth at the 2015 BMC Championships.

Thatcher took official visits to BYU, TCU and Miami (Ohio), but said he couldn’t pass up an opportunity to be an “artist-athlete” at SCAD while training under former World Champion sprinter Bill Pilczuk. “I think you can count on my starts getting faster!”

Joel was on my trip to BYU, great kid and a hard worker! Good luck dude!!!