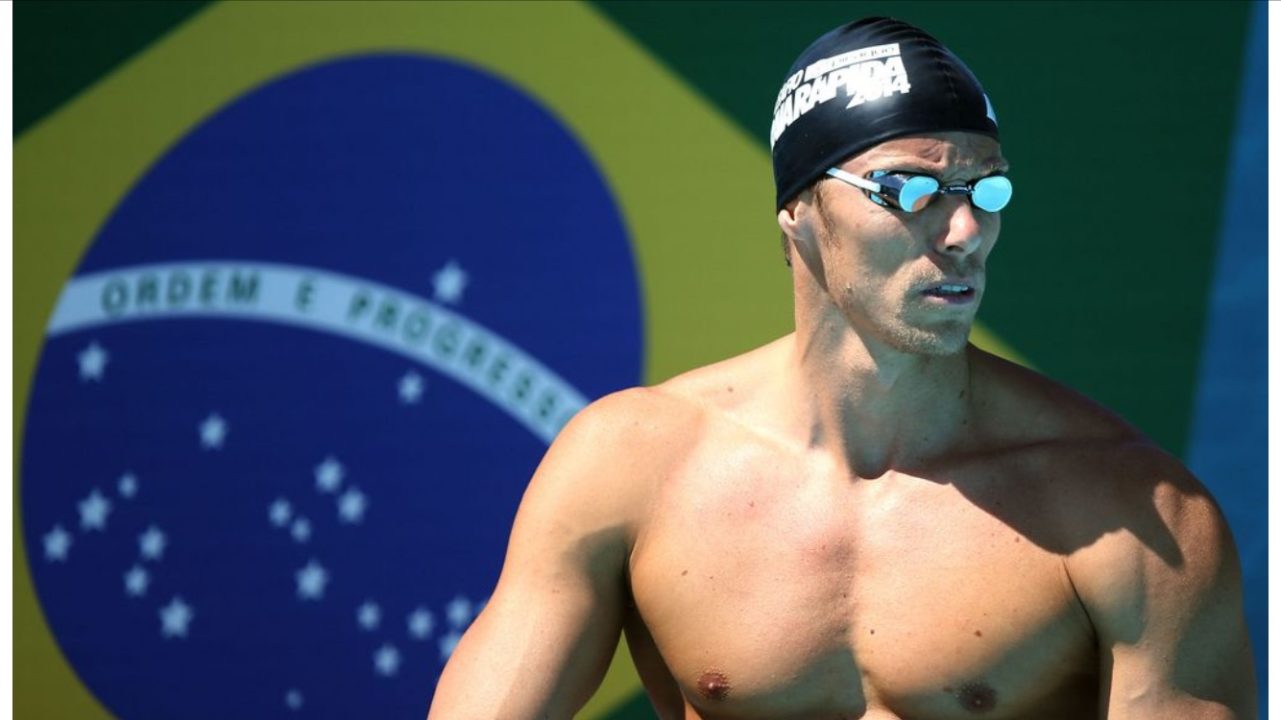 Now, at age 38 (he turns 39 on July 3rd of this year), he’s the oldest swimmer in the USA Swimming database (which is not exhaustive of every swim ever) to have broken the 23-second barrier. Current photo via Satiro Sodre/SS Press

Though he was eliminated after the preliminaries of the TYR Derby Pro Swim Meet, South African swimming legend Roland Schoeman still broke 23 seconds with a time of 22.88. At age 38 (he turns 39 on July 3rd of this year), he’s the oldest swimmer in the USA Swimming database (which is not exhaustive of every swim ever) to have broken the 23-second barrier.

Brazil’s Nicholas Santos is a bit older than Schoeman, and he’s broken 23 seconds this year in both free and fly. Santos turned 39 in February of 2019. Santos was 22.91 in free and 22.77 in fly at the Brazil Trophy last week. Schoeman’s free time from tonight, though, is a tad faster than Santos’s, but Santos’s fly was better than Schoeman’s free time tonight as well as Santos’s own free time from the same meet he clocked the fly time.

This is all to say that it’s very impressive to have swimmers pushing 40 years old who can still get under the 23-second mark. For some context, the 2020 U.S. Olympic Trials cut is a 23.19 , and both swimmers have been well under that.

He’s the South African record holder in the 50 free in both long and short course meters.

Recently Schoeman at a “Fitter & Faster” event with Brett Hawke. Schoeman was extremely down to early. Couldn’t have been nicer to the kids. And he told the same story about getting into swimming to impress a girl!