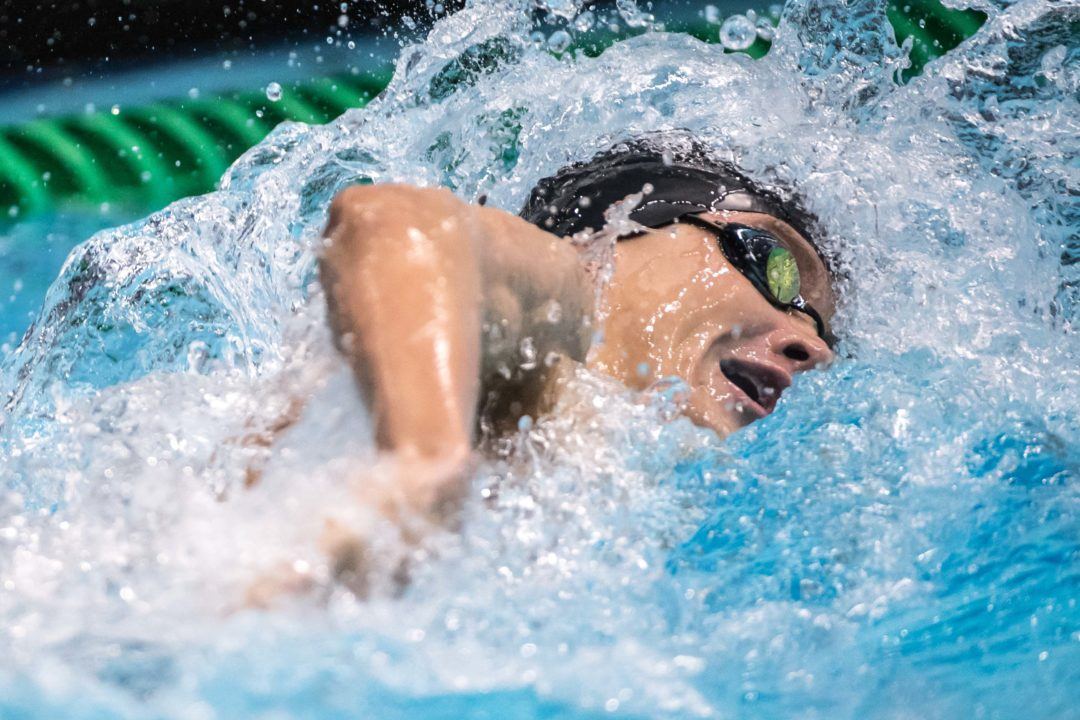 Robert Finke, who was scheduled to swim both the 800 and 1500 freestyles at the World University Games, has withdrawn from the meet. Archive photo via Mike Lewis/Ola Vista Photography

American swimmer Robert Finke was scheduled to be the top seed in the men’s 1500 free on Friday at the 2019 World University Games, but has withdrawn from the meet.

Finke was originally due to be one of the headline swimmers for the Americans at this meet. On Friday, he was due to be the top seed in the 1500 free by 20 seconds. He was also originally entered in Sunday’s 800 free, where he was also the top seed, though by a smaller margin of just 3-tenths of a second.

Finke, who just completed his freshman season at Florida, brought big hope to the American team in the distance frees: the US hasn’t medaled in either the men’s 800 free or men’s 1500 free since Sean Ryan won the latter in 2013. Michael Klueh won the 800 two years prior – the last American medal in that event.

The other big scratch on day 3 is that of Spain’s Lidon Munoz Del Campo, who was the 3rd seed in the women’s 100 free in 54.64. That moves Germany’s Lisa Hopink up to the 3rd position in that race behind the Americans Veronica Burchill and Gabby DeLoof. DeLoof had the fastest split of the field in the women’s 400 free relay on Thursday (53.8), while Burchill led that relay off almost a second slower than her best time. That shifts DeLoof to favorite status in the race, even as the #2 seed.

Would they be able to allow Trey Freeman to swim either in his place?

And no you can’t fill for a late scratch at these meets. Hope he is ok!

Was he in Naples?

Does anyone know what happened to him at NCAAs? it was surprising after seeing how well he did at SECs

Someone on SwimSwam said he fell sick. No idea if its true.