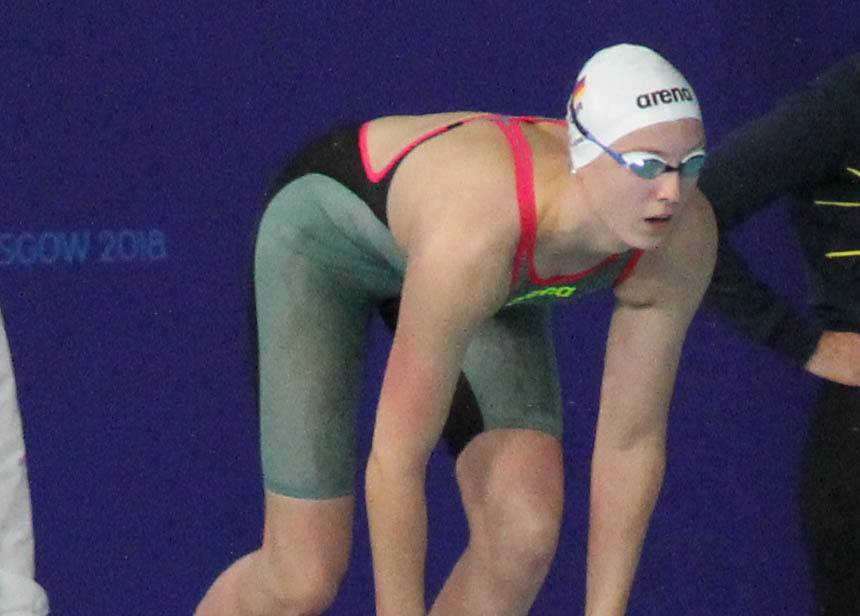 Isabel Gose as been a part of all 4 German gold-medal winning results, though Italy still holds a narrow 1-bronze lead heading into day 3. Archive photo via Giusy Cisale/SwimSwam.com 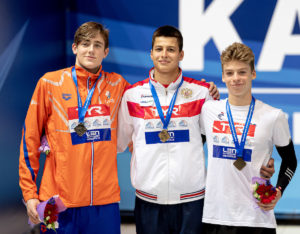 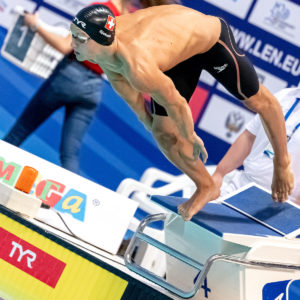 Italy remains on top of the medals table after day 2 of the 2019 European Junior Championships, but only by a hair after the German team surged on Thursday.

Italy picked up a pair of golds in backstroke races when Thomas Ceccon won the boys’ 100 backstroke (54.13) and Erika Gaetani won the girls’ 200 backstroke (2:10.28). But a headline performance from Germany’s Isabel Gose, who is coming straight down from altitude training for this meet, pulled the Germans nearly-even: first she won gold in the 400 free in 4:07.96, which was more than 2 seconds ahead of the field; and 45-minutes later she won gold in the 100 free in 54.86, taking a 1-2 German finish with countrymate Maya Tobehn.

Gose then finished the day with a 54.42 anchor split to bring the Germans from behind to overtake Russia in the mixed 400 free relay.

Germany’s 4 gold medals this year already easily surpass the 1 they won in 2018. In fact, it’s more than Germany has won in the last 3 editions, combined, and is already their best single-meet total since 2014 when they won 4. All of this comes on day 2.

The Italian story is just as enticing – after a breakthrough European (senior edition) Championship in 2018, their momentum is continuing to grow in the youth ranks. They had 0 gold medals last year after 5 in 2017. If next year (2020) plays out like the year after their big Euro Juniors in 2017 did, the Italians are going to win a lot of medals in Tokyo.

Russia, meanwhile, continues to show the best depth of the field. While their 2 gold medals doesn’t put them on pace to match their historic haul of 18 last year, the Russians have built a clear lead in the Points Trophy standing. The trophy standings offer points for each top 8 finish, and Russia is dominating, especially on the men’s side, where they’ve more-than-doubled their next-closest competitors (Germany).

Very impressive by Italy and Russia, especially because …
1) Burdisso isn’t here
2) Neither Ceccon nor Minakov seem to have tapered for this

@Braden: Where did you get the information that Gose is coming straight down from altitude training? Do you maybe know what her “plans” are for the world championships?

I am not sure whether it is normal for someone of her age to already do altitude training, but it explains her improvement. I just hope this doesn’t hurt her long term development.

The group she trains with was 1-2 weeks ago in the Sierra Nevada. I’ve seen it on instagram.