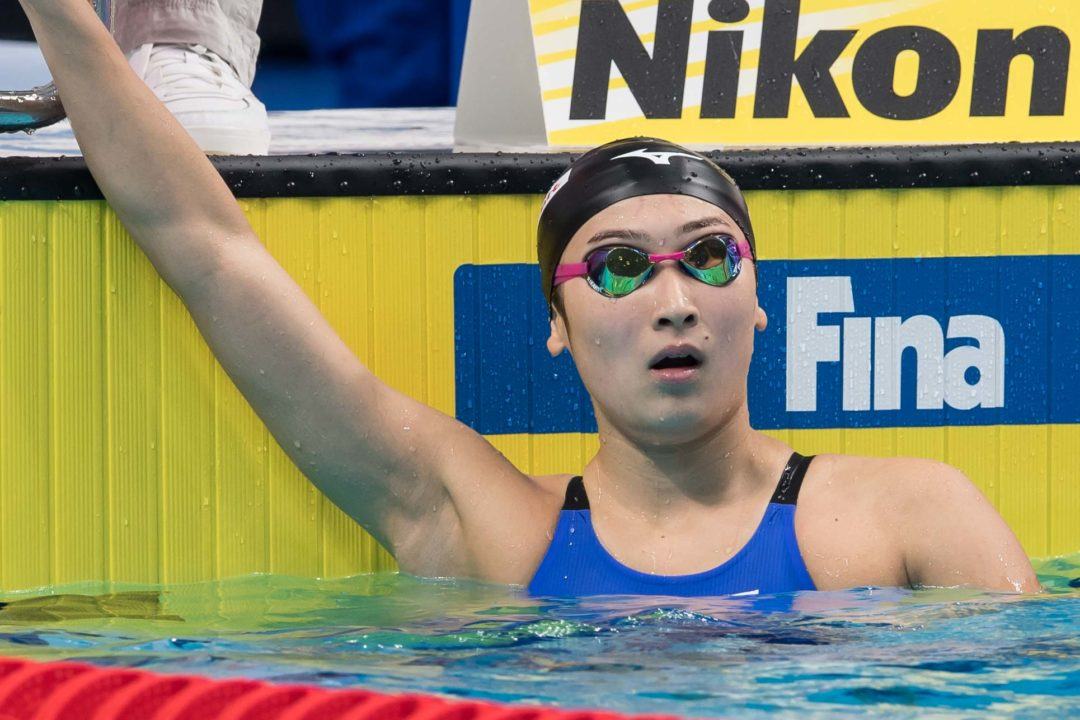 16-year old Japanese swimmer Rikako Ikee, who raced out of heat 1 of the women’s 100 fly, has broken the Meet Record in the event in prelims on Saturday. She swam a 56.90, which breaks the old record of 57.30 set by Australian Jessica Schipper in 2006.

Schipper, the same swimmer whose Meet Record Ikee broke, is also the swimmer that Ikee tied for 5th on the all-time swimmer rankings in the event earlier this y ear when she swam 56.23 at the Monaco stop of the Mare Nostrum Series.

I was going to say…that can’t be correct. Ikee was the revelation of world juniors last summer but I was sure she was already beyond 16 at that point.

Once I saw her last summer I knew there would be high profile so-called upsets, and not far into the future. Not surprised at all at the defeat of Ledecky. Ikee is a phenomenal talent.

Yes, born in 2000, a golden year for swimming.
She was already protagonist at Singapore World Juniors 2015.
Amazing talent and probably the lone who can challenge Sarah Sjostrom in 50 and 100 fly in the next two seasons.