Regan Smith Clips Own 100 Back WJR in Bloomington 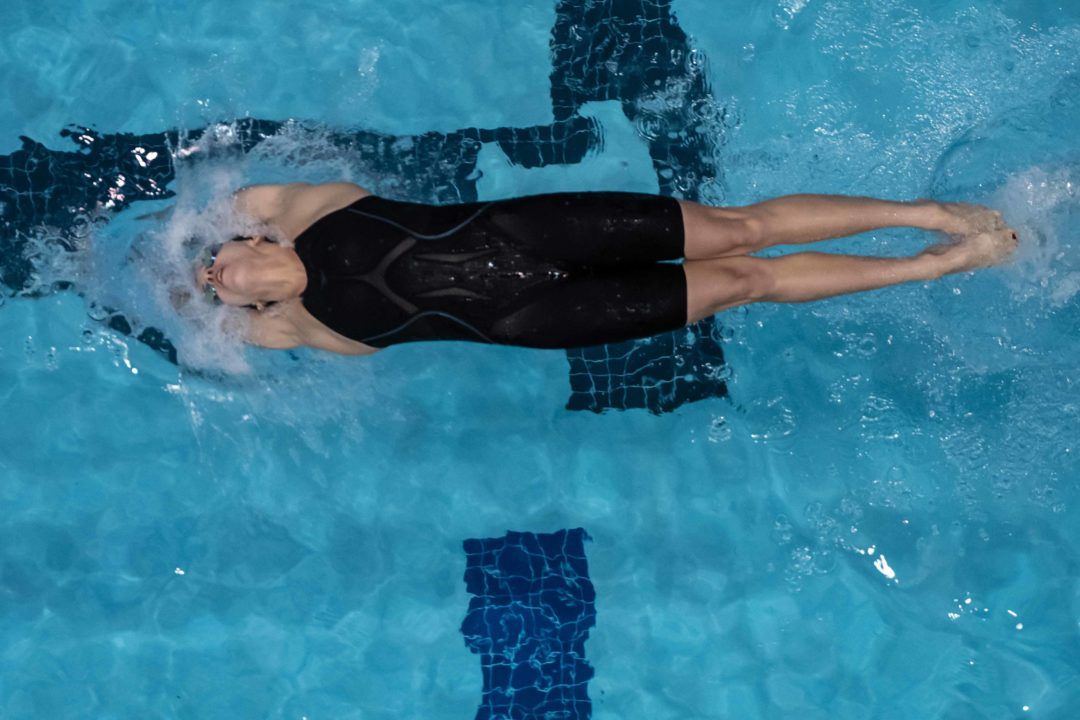 Swim fans have been treated to a pair of fast swim meets in the US the past few days, as swimmers at both the Atlanta Classic and Bloomington PSS meets have put up some eye-popping efforts.

Tonight in Bloomington, 17 year-old Regan Smith took gold in the 100 back and clipped her own world junior record by the smallest of margins. She put up a 58.82 to lower the record of 58.83 she set last summer at the USA National Championships.

FINA only established World Junior Records in 2014, so while Smith’s swim tonight once again set the official record, it is not fastest time ever by a 17-18 year old in this event. That honor still belongs to Missy Franklin, who blasted a 58.33 to win her first Olympic gold medal back in 2012 in London. That time also stands as the 17-18 National Age Group record for USA Swimming.

Smith’s effort tonight moves her up to #4 in the world this year in this event, and like many other US swimmers, Smith appears to be in good form two months out from this summer’s World Championships. However, she’ll actually be swimming the 200 back, not the 100 back, at Worlds, as Kathleen Baker and Olivia Smoliga locked up the spots in the 100 last summer. Smoliga and Baker are currently ranked 3rd and 5th in the world this season, and it would no surprise to see both of them on the podium in Gwanju. Smith still could conceivably find herself leading off a medley relay this summer, especially in the unlikely event that Baker or Smoliga falter.

I can’t wait for the 100 back at Olympic Trials!